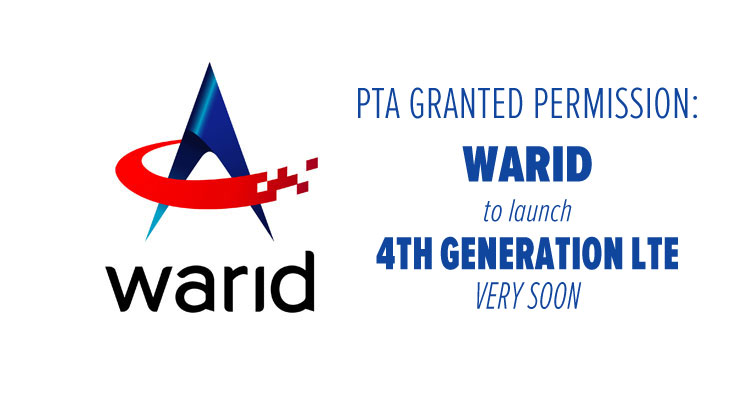 Just in: Warid has recently received the green-light from PTA to launch 4th generation LTE (Long-Term Evolution) mobile services in Pakistan, according to the statements given by PTA officials to the media outlets.

Warid had requested PTA’s approval for the initiation of 4G LTE services in Pakistan without having participated in the recent auction conducted by the country’s telecommunication regulatory authority. PTA’s chairman Dr. Ismail Shah, while talking to the media outlets, said that Warid Telecom’s proposition has been accepted after deliberation on the matter. “However, we have asked the company to share its detailed work-out plan with the PTA,” he added.

Warid took the spotlight earlier this week after announcing its plans to launch the next-generation mobile services in the country without even participating in the 3G/4G licenses auction arranged by PTA. While it was not a complete surprise, there were many who doubted that Warid was in a position to do so. Warid’s current spectrum bandwidth limit and objections from other telecom operators in the country, who had pledged to pay $1.112 billion during the auction process for 3G/4G licenses, were cited as the major reasons for that.

But a closer and objective look at the matter refutes most of the objections that are being raised against Warid’s stance. Warid acquired a technology-neutral license (2×5 MHz in 900 MHz band + 2×8.8 MHz in 1800 MHz band) back in 2004, which means that it can offer whatever generation of communication services it desires over the same license as long as it holds fast to the regulations set by PTA.

Moreover, since PTA auctioned 2×10 MHz 4G spectrums in 1800 MHz band during the auction and Warid has a 2×8.8 MHz spectrum in the same 1800 MHz band, Warid can make adjustments to its current bandwidth limit in order to fulfill PTA’s regulatory requirements to offer 4G services. According to the experts on the matter, Warid will have to shift the bulk of its voice services load to 2×5 MHz spectrum in 900 MHz GSM band, if it intends to offer data services over 1800 MHz band.

Other telecom operators are not pleased with this decision, and for obvious reasons too. Zong reportedly held a press conference following PTA’s announcements and expressed its indignation over the decision. To remind our readers, Zong rose through the ranks of all telecom operators in the country by securing both 3G and 4G licenses as a result of April 23th auction, for a pledged price of $516.92 million.

What are your views on the matter and current NGMS situation in the country? Do tell us in the comments below! 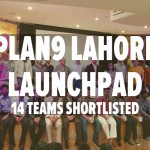