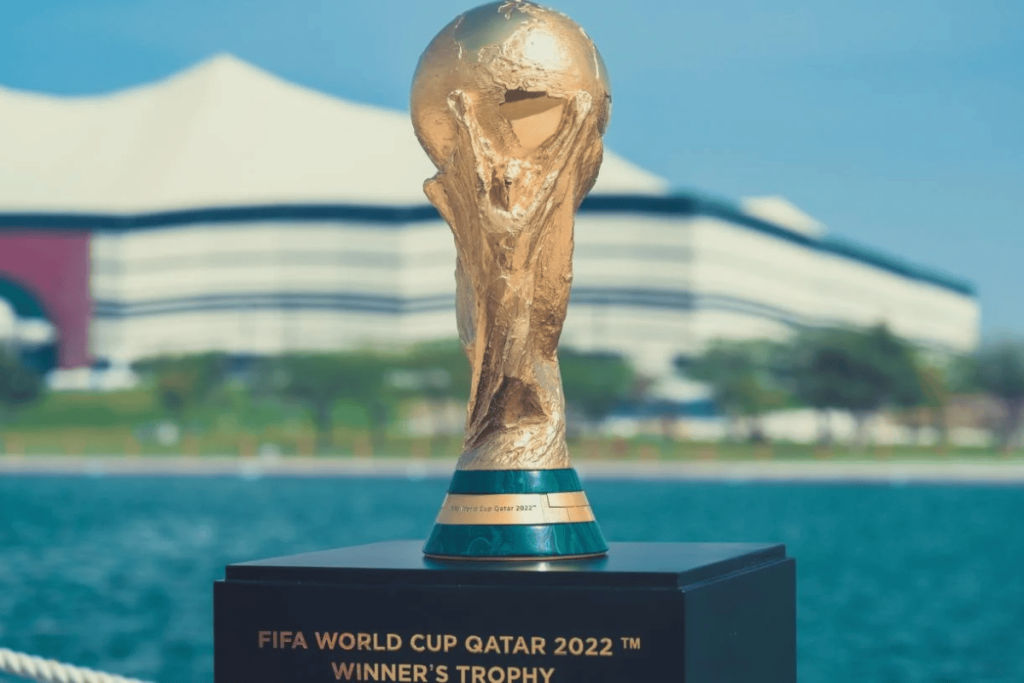 Qatar has spent more money(~$220B) on organizing FIFA WorldCup than any country has ever spent in history, but surprisingly it wasn’t a bad investment after all.  Over the past two decades, Qatar, with a population of 2.9 million people has been trying to turn itself into a leading center for education and research. For Qatar, hosting the FIFA World Cup is a strategic move to advance the country’s infrastructure development and foreign policy objectives. However, progress on these two goals has raised concerns regarding the infrastructure’s lasting utility and poor treatment of the migrant workers who are largely responsible for building it. These concerns represent challenges Qatar will need to address in the coming years as it strives to redefine itself as a Gulf metropolis.

Education City is one of the initiatives that was started due to the WorldCup, a 12-square-kilometer campus in Al Rayyan, Qatar’s third-largest municipality. Education City was developed by the Qatar Foundation, a state-led non-profit group for education, science, and community development. Its price tag has not been made public, but it reportedly ran into the “few billion dollars”, according to comments made in 2015 by former Qatar Foundation president Mohammad Fathy Saoud to the US newspaper The Washington Post.

Education City is also the location of one of the World Cup stadiums, featuring state-of-the-art buildings and laboratories hosting satellite branches of seven foreign universities, six of which are in the United States, including Georgetown University in Washington DC and Northwestern University in Evanston, Illinois. Some of these labs made major contributions during the pandemic; others are now poised to make waves in technology, genomics, and medicine.

Education City is also just a 25-minute drive from Qatar University, the nation’s largest and oldest higher-education institution, established in the 1970s, which houses its own cutting-edge labs and teaching facilities across its striking campus of interconnected octagonal and cubic buildings.

The FIFA men’s World Cup in Qatar will not only bring football fans to the country but also highlighted its developing science program.  In addition to fostering infrastructure development, major sports tournaments tend to place the host nation or city “on the map,” allowing it to amass regional and international soft power. Brazil hoped that successfully hosting the 2016 Olympics would increase its status in the international order and contribute positively to foreign policy goals.

While Qatar’s World Cup has led to increased visibility and may improve the country’s status in the Middle East and beyond, the government plans to apply that increased soft power to solidify national security. As Dr. James Dorsey, Senior Fellow at the National University of Singapore’s Middle East Institute put it, “Qatar’s defense and security is its relevance to the international community.” Hosting such a significant event could expand Qatar’s ability to find solutions to political problems and establish partnerships in times of need.

World Cup has also brought greater attention to Qatar’s human rights status. Numerous investigative reports have highlighted the abuse of migrant workers during preparations for the World Cup. Moreover, migrant workers in Qatar do not receive fair compensation for the arduous working conditions or adequate remedies for serious labor abuses and injuries suffered due to World Cup preparations.

The World Cup has highlighted more troubling aspects of life in Qatar, including poor working conditions at construction sites. One analysis suggested that more than 6,500 migrant workers from India, Pakistan, Nepal, Bangladesh, and Sri Lanka have died in Qatar since 2010 when it won the right to host the World Cup. Mogielnicki hopes that the global attention brought by the tournament will lead to “continued pressure” to make sure that migrant workers receive better treatment in the future.

Some of the universities that have set up branch campuses in Qatar have received criticism in the past over the Gulf state’s human rights issues. In 2020, Northwestern University was criticized for canceling an event at its Doha campus that would have featured a band whose lead performer is openly gay.

Representatives of several US university branches in Qatar — including Texas A&M University in College Station, Carnegie Mellon University in Pittsburgh, Pennsylvania, Georgetown University, and Northwestern University — did not respond to interview requests from Nature about how human-rights concerns affect academic interest in Qatar, and what steps they are taking to ensure their students and faculty are protected.

The World Cup is likely to have differential impacts on Qatar. The seminal event promises to provide short- and long-term economic benefits and the potential for soft-power gains. However, doubt arises over the country’s ability to effectively utilize the infrastructure it has built after the event. Additionally, Qatar’s treatment of migrant workers has limited the State’s foreign policy aspirations. Nonetheless, Qatar has considered these concerns and implemented mechanisms to address them, notably building infrastructure with the intent to be repurposed and introducing region-leading reforms to its migration policies.

Qatar’s ability to leverage the World Cup to support steady GDP growth and a high degree of security is now contingent on the government following through on its strategic plans and commitments. If these measures are successful, Qatar could avoid the trap of short-lived gains experienced by past mega-sporting event hosts, such as Rio. Moving forward, the State will likely continue to host sporting events and implement migration reforms, positioning itself to leave a lasting legacy as a sport and political-economic epicenter in the Middle East.