WhatsApp’s ‘delete for everyone’ has been a lifesaver feature for countless users. However, the certain latest beta version of the application has revealed that the time window for deleting messages for everyone might come soon as an update for all users. In a nutshell, with this possible update, you’ll have more time to decide whether you want to delete your message for everyone or not.

This was first reported by WABetaInfo who tested the beta version and noticed the extension in the time limit for deleting messages. In addition, the source also released a screenshot (shown below) where a message that was sent two months ago is still deletable before. This is a very large time window as currently, WhatsApp gives users a time window of about 45 minutes to delete a message for everyone.

Though it is to be noted that the time window isn’t exactly two months as chances are that WhatsApp might entirely remove the time limit. All in all, this is just a small update that will roll out soon. 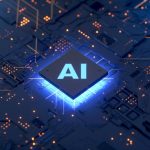