The popular messaging app, owned by Facebook, called WhatsApp is said to have a new feature that will allow users to migrate their chat history between Android and iOS-based smartphones in an upcoming update.

This feature, first highlighted by WABetaInfo, will indeed be a huge timesaver for users who are looking to switch their devices and maintain their data on the messaging platform. Moreover, this will allow the usage of WhatsApp account on multiple devices at the same time.

🔄 WhatsApp to allow chat history migration between iOS and Android in a future update!

Finally you will be able to transfer your chats between different platforms natively!
It's under development and it will likely be released when multi device is out.https://t.co/kUOmKTrUIX

However, it is expected that the development of the feature will take a long time as this feature will overall change the way users experience WhatsApp. This includes massive work on the backend to ensure multi-device compatibility.

Though it’s only a matter of time when the latest updates of Android and iOS will enable chat migration as WABetaInfo leaked a screenshot of iOS having this capability.

However, updating the app would be a necessity when the user tries to link a device having a different operating system. As of now, the official release date of this feature has not been disclosed as the company is still working on the feature.

Although there are other ways to migrate your chat to other devices through third-party tools however it is not recommended as it might not be safe and keeping in mind that this primarily violates the messaging app’s Terms of Services.

WhatsApp says that apps that claim to move your chat history between phones violate their Terms of Service.https://t.co/MK4tJmBGrc pic.twitter.com/Vz423jIVuv 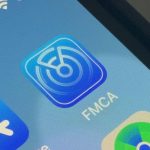