WhatsApp is set to implement a feature similar to Instagram and Snapchat called ‘view once’ for images and videos. This feature will allow users to send pictures and videos and can be viewed only once. This also ensures that if the recipient of the message has actually opened the media.

This feature was first leaked by WABetaInfo in a recent tweet which showed the feature through some images:

WhatsApp will release a feature that allows you to send photos and videos that can only be viewed once. You can also verify if the recipient has opened the media.
This feature will be available in a future update on #WhatsApp for Android, iOS and Web/Desktop.@WABetaInfo 💚 pic.twitter.com/y1dIBGcDiq

Before this, another feature was leaked which would allow users to access their WhatsApp account on multiple devices without being dependent on the internet. All in all, these features are expected to arrive in the next update and will be available on both iOS and Android. 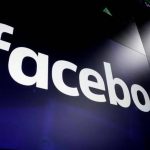