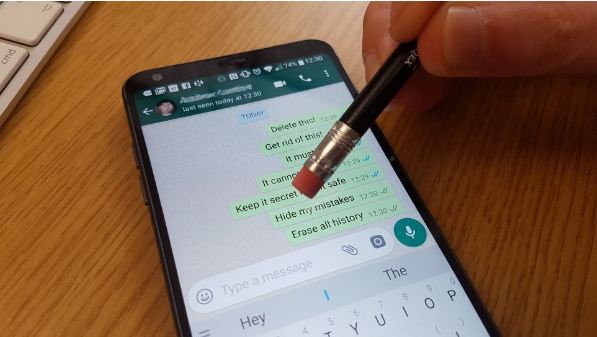 Messaging app WhatsApp is testing a new “Delete For Everyone” feature that will allow users to delete any message which they have sent to friends or family. There is a catch here, for the message to be deleted, it shouldn’t be read by the receiver. Yes! you read right before your contact reads the message. The company is testing the feature currently on both iOS and Android as reported by famous WhatsApp leaker WABetaInfo. 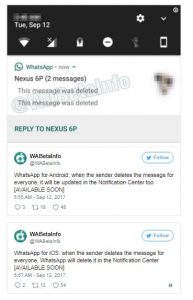 The person who you have sent a message to will still get a notification that you texted but the notification will read “The Message was deleted.”

The feature would be of great help as if a user accidentally texts to someone, the feature will give the person the opportunity to delete the message. The company has not yet revealed the exact release date of this feature. However, it is expected that it will be shipped to both Android or iOS in the near future.

WhatsApp has also recently released PiP feature for its users across the globe. The feature lets users minimize the video call into a smaller window without interrupting the video, while at the same time they can also browse through other chats or messages.

WhatsApp has also lifted the restriction on its file sharing feature— meaning one can now send any kind of file using its platform. Additionally, WhatsApp, Instagram, and Facebook are working together for cross-app notification feature, which will provide users with an opportunity to switch between apps with ease. 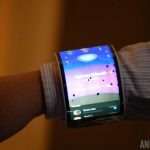