Amidst the peak of US-China trade-war fueled by the media frenzy, the Wi-FI Alliance and SD association along with others have decided to restore Huawei’s membership.

Apparently, the SD association and Wi-Fi alliance removed Huawei from its list of members last week, which prevented the Chinese smartphone manufacturer from using SD and microSD cards on Huawei phones. However, just a week later Huawei’s name is back on the list, without any official notification.

This is probably the first welcoming news for the Chinese tech-giant amidst a month full of an unfortunate chain of events. This new development will at least allow Huawei to use SD and microSD cards on its upcoming phones. The same applies to Bluetooth SIG, JEDEC (USB) and the WiFi Alliance. However, a spokesperson said that the missing of Huawei’s name from their member listings was due to a technical issue. Whether it’s believable or not, we’ll leave that to the readers.

“Huawei’s membership was never canceled, it has been temporarily modified to ensure compliance with the US Department of Commerce Order. The name was missing from our website earlier due to a technical issue.” a spokesperson for the SD Association said in an emailed statement.

However, the spokesperson via email further said:

“Huawei’s membership “was not revoked. Huawei’s participation in specific activities was ‘temporarily restricted’ to comply with the Commerce Department’s order,”

While this will definitely help Huawei in restoring some of its sanctioned contacts, the real deal however still lies with restoring contacts with the likes of ARM and Google that form the crux of Huawei smartphones. With Google providing software support and ARM providing the basic architecture of Huawei’s Kirin chipset, Huawei will ideally want that the US and China sort things out so that the company can get back on track. 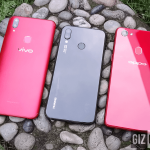