The Finance Minister, Mr Ishaq Dar, will be unveiling the annual budget 2015/2016 today. It is speculated that the primary focus of this year’s budget will be on sustaining the growth of the economy along with reducing subsidies mostly being allocated in the power sector. We are expecting an increased burden in terms of taxation on IT and Telecom sector of Pakistan. This sector happens to be among the top five in terms of highest import taxes on IT products and ironically, our telecom sector is among the fourth highest taxed market globally.

The initiatives taken in the past by various governments have created inhibitions for the IT and Telecom industry. We were shocked with the recent development in the Punjab policy to remove the tax exemptions on internet services and initiate an alarming figure of 19.5% tax. Pakistan’s internet penetration per user hovers around 11% in comparison to a region average of around 32% for competing nations like China and India. Pakistan is ranked at 142 out of a total of 186 countries in terms of global internet penetration. As much shocking this metric is, the imposition of a variety of taxes on the import of telecom equipment and other IT product jeopardizes the growth model and affects the direct foreign investment in Pakistan.

Pakistan auctioned its 3G/4G spectrum in April 2014, which helped the government raise $1.1 billion during the previous fiscal year. Thanks to this auction, all telecom providers accelerated their rollout of 3G/4G services throughout the country adding a staggering 13 million users in the past one year. This speaks testimony to the fact that if pro-growth policies and an environment for investment is created, the economy stands to grow as a result on a whole. The IT & Telecom industry is making a massive contribution to the GDP on a whole, but straining this industry with unusual taxation and restrictions can influx job opportunities for the ever-increasing workforce.

Pakistan is a signatory to the Information technology agreement (ITA), an initiative of the World Trade Organization that focuses on removing tariffs on all IT related products. It is a rather strange that Pakistan does not have any manufacturing capabilities in the IT and telecom equipment sector. If the focus was made on eliminating custom duties on IT products instead of providing tax breaks, we could have established a solid manufacturing base within our country. It means that Pakistan would have been able to produce all these products locally, thus reducing the massive import bill, boosting the economy and providing job opportunities.

This is baffling, that all previous governments did not take any step to address the aforementioned shortcomings, considering Pakistan’s immense young labour force in the age bracket of 20-30 years. As other developed nations like Japan and China suffer from the depredations of an aging population, Pakistan with its massive young workforce can act as a bastion of change in the IT/Telecom sector in the region.

The government’s focus should be to ensure that our IT industry gets as much support as possible to compete on an international level. Pakistan has certain advantages like cheap labour force which can be exploited in the long run through providing training in the field of IT. Our value of software exports is 1/100th of Indian software exports. The government needs to formulate a plan and policies to help the IT sector grow out of its infancy and grow it into a global powerhouse.

TechJuice believes firmly in the potential of the IT industry in Pakistan which, if given, proper exposure and opportunities can make us a significant global player in the next decade or so. The government needs to work painstakingly along with the IT/Telecom industry for this to become a reality. We hope that this year government will not repeat the previous mistakes of curbing the growth of the industry with unnecessary rules and regulations. 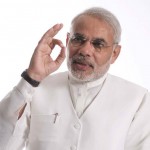