TechJuice > Technology > Now you can install Windows 95 on macOS, Windows and Linux

Now you can install Windows 95 on macOS, Windows and Linux 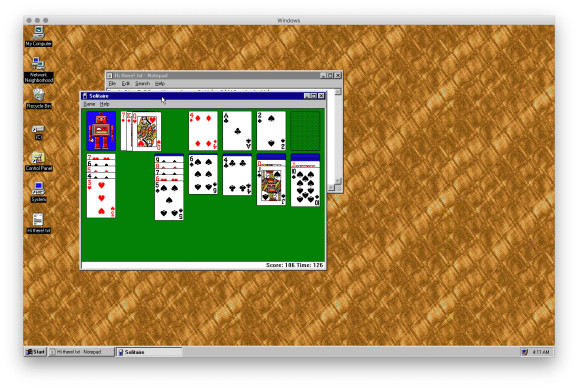 Many of us, millennials, started using desktop computers at a time Window 95 was being used almost in all PCs. Now you can relive those moments by downloading and installing Windows 95 on your Windows, macOs or Linux machine. The download file is available on GitHub and requires storage of at most 130MB.

The Windows 95 seems to be like a full-fledged standalone version of Windows 95. It can run some of the applications including Notepad, Paint, Solitaire and Minesweeper. Other applications are not functional. One interesting thing to note here is that you don’t need to go through the entire booting process of the operating system, it starts as soon as you open the application.

I put Windows 95 into an Electron app that now runs on macOS, Windows, and Linux. It’s a terrible idea that works shockingly well. I’m so sorry.

Felix launch tweet has been retweet and liked almost 5,000 times. People are reminiscing about the old operating system and, in fact, are asking Felix to port some more features of Windows 95 in the application. Felix, on the other hand, is already excited to work more on the application and is taking user feedback seriously.

Windows 95 was a consumer-centric and feature-rich operating system by Microsoft. The OS brought along with it an array of new features including Task Bar, Start Menu, some of these features, still remain a part of our operating system experience after more than two decades.