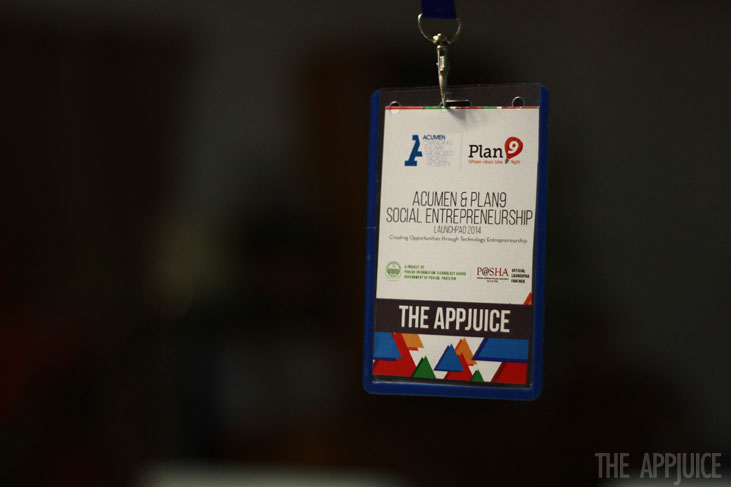 Plan 9, a government incubator for start-ups joined hands with Acumen for the first time to conduct a Social Entrepreneurship Launchpad event. AppJuice was there as the official online media partner. We loved the whole setup, the little colorful paper decorations, interesting banners on either sides and lights created a marvelous ambiance in the auditorium.

Umar Saif kicked off the event by addressing the audience. He said that Plan9 and Acumen share the belief of adding value to the society. He further added that Plan9 and Acumen see Social Entrepreneurs as real problem solvers. The main theme of everyone’s talk remained solving social problem through entrepreneurship. The speakers and judges motivated and encouraged audience to come out and do something helpful for the country.
Yasmin Zaki, Founder of Child Care Foundation and Board of Adviser for Social Entrepreneurship said.

“Have confidence in yourself and your abilities; it will bring empowerment to you and your society.”

Imran Sarwar, the Managing Director of Rabtt and Benje Williams of Amal Academy also delivered some motivational and uplifting talks for the audience and participants. Sofia Ahmad represented Acumen Pakistan and talked about its role in social betterment.

The judges panel for Acumen & Plan9 Launchpad included Yasmin Zaki, Zainab Saeed, Roshane Zafar, Maria Umar, Sheikh Noor & Daniyal.
Out of 100’s of submitted ideas, 13 teams were shortlisted that pitched their ideas today to the panel of judges. Two teams shined and came out as winner after two rounds of intense grilling by judges.

All the participating teams looked enthusiastic and fully prepared for this day. The audience and judges were surprised by the remarkable potential and number of great ideas and visions people brought forward today. Here are the ideas that were pitched today:

There’s barely anyone who never needed to visit a doctor in their life. Team Pak MeadCare Solution’s proposal was to build a website and an app which would let the users easily access a panel of online doctors and medical experts. People can put forward their queries and get consultancy from the doctors.

According to a reliable statistic, more than 4.5 billion people around the world aren’t connected to the internet. Hashtag moovy’s basic idea was to create an app that would let people access video tutorial on usage of internet and technology. They plan to cater to everyone with a smartphone, even the illiterate.

Pakistan is a largely agricultural country but there’s a lack of awareness among landlords, farmers and sellers about the more advanced practices in agriculture. Agritech proposed to launch a farming platform that would help agri related people with different aspects of their work. A system for facilitation, assistance and awareness of people working in the Agri-sector of Pakistan.

Pak Caravan’s idea was introduce a system in Pakistan that would encourage people to contribute to recycling and thus helping the environment. The program would entail people bringing their recyclable trash to an Itsy.Bitsy booth (which would be set up at different Utility Stores). As a reward they will get some points (that they can cash in for discounts and deals) based on the amount and type of material they hand in for recycling. (The same idea was pitched last month at The Entrepreneurship Challenge LUMS)

Team Women Empowerment’s vision was to help women of Pakistan get their rights. They said that the channels through which women can reach them would be: 1) GSM Mobile Service, 2) an app and 3) a web portal. The basic idea was to provide women a trustworthy platform where they can bring their (social, medical and other) issues. The team’s vision is to help women with their right and to provide them justice while ensuring their anonymity.

Team IndAcE’s basic aim was to bridge the gap between industry and universities. They want to form liaisons between academia and businesses. They would put in special efforts to make students market-ready by the time they graduate. They stated that they are planning achieve that by exposing students to the real life work situations and scenarios. At the same time building trust between industry and students.

Their idea was to provide a platform for an online community for researchers to discuss their ideas. Their project would let people share discussions and criticism on various research areas. The platform would also provide researchers with helpful tools like auto formatting, for instance.

The Social Entrepreneurship Launchpad had 2 rounds of presentations. In the first round each participating team had to give a presentation of their idea in 5 minutes. The basic pitch had to be verbal and free of any audio-visual aids.

A total of 4 teams were shortlisted by the judges to move on to the round 2. The qualifying teams were #moovy, Pak Caravan, Women Empowerment and IndAcE. In the second round, the teams had to present their idea in more detail with the help of audio visual aids. The time limit was 5 minutes in this session as well, followed by a Q&A session of 10 minutes.

The session was included by Umar Saif, who announced the winners of the Social Entrepreneurship Launchpad. The projects that were picked by the judges as winners were #moovy and Pak Caravan‘s itsy.bitsy. Both of these teams will be incubated in Plan’9s 4th cycle of incubation, for a period of 6 months.

Umar Saif congratulated all the members of the two winning teams. He also appreciated other teams’ efforts and admitted that he was impressed by the ideas and potential they had. Mr. Umar told the rest of the teams to not give up on their dream and to work harder to make their projects even better.

It now obvious that we as a nation are moving in the right direction. 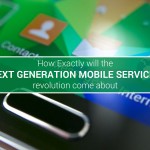 How Exactly will the Next Generation Mobile Services Revolution come about