World’s first 1TB microSD card is going up for sale 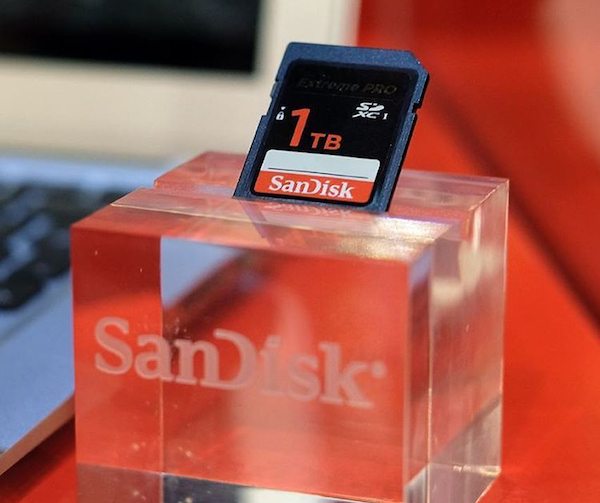 $450 for 1TB storage? That’s a lot to pay for a delicate card you could easily lose in the wash.

The world’s largest flash memory products maker — SanDisk unveiled the world’s first 1-terabyte microSD card — UHS-I microSDXC at this year’s MWC and now the California based company has announced that the 1TB card is available to purchase and will currently set you back $450 (£454 on Amazon). The announced price is more than the double of $200 512GB card by Integral Memory which was launched last year in February.

Well, the 1-terabyte microSD not only offers the biggest storage capabilities for flash memory products but also provides the fastest data transfer rate facility. The new microSD card offers transfer speed up to 160MB/s. Moreover, it is a U3-rated card so it will support your 4K video recordings.

Meanwhile, the microSD is compatible with the latest smartphones, tablets, cameras, drones ensuring smooth video especially if you are trying to record in full HD or a 4K video. The card also enables fast data transfer of Video Speed Class 10 (V10) standard.

The SanDisk card is available to purchase for $449.99, which is a pretty high convenience premium considering the new 512GB card in the same line will sell for $199.99. The shipping of this card would also go live for Pakistani consumers in a couple of weeks as most products of SanDisk are readily made available in emerging markets too. Still, this sounds like a better option if you think that a 1TB Galaxy S10+ doesn’t have nearly enough room.