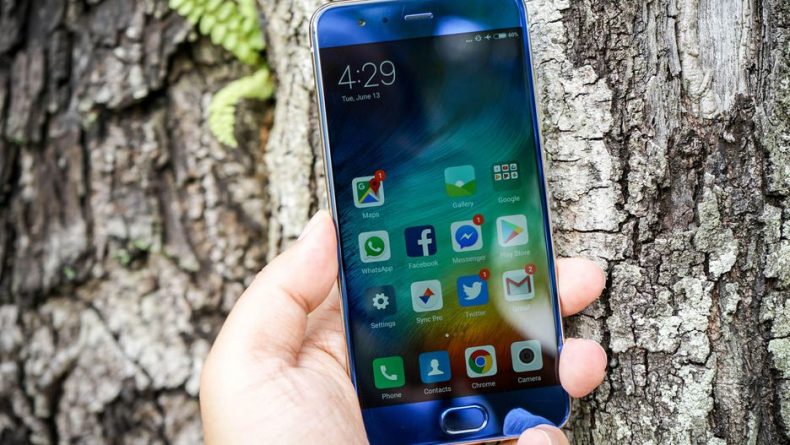 The roaring beast of famed Chinese manufacturer Xiaomi, Mi 6 has been the undefeated flagship of the company in 2017 in various emerging markets due to its adequate price. And now its successor, Xiaomi Mi 7, which has already been appearing in rumors to feature Snapdragon 845, Qualcomm’s latest chipsets, is arriving soon. Sadly, not very soon as the earlier rumors about its debut on MWC have been denied by the company.

The thing that drives our attention at this point is a leaked screenshot of the about device section of Mi 7 in Chinese version. 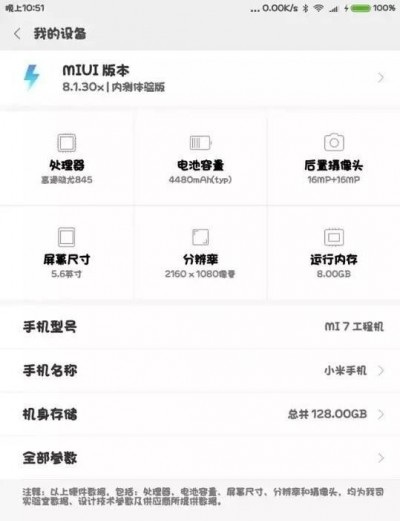 The screenshot hints at the 8 GB RAM and 4,480 mAh battery support in the upcoming Mi 7. This means that the smartphone is getting a major upgrade this year, compared to last year’s model which had 4/6 GB RAM and 3,350 mAh battery.

Furthermore, the screenshot has also revealed that the Mi 7 will be featuring an octa-core CPU and the Adreno 630 GPU. The phone will also have a massive 128GB storage. The phone could feature a 5.6-inch display with a resolution of 1080 x 2160, also called FHD+. This means that the Mi 7 will apparently feature an aspect ratio of 18:9.