When phones’ look was streamlined to a straight screen, everyone’s hopes for the appearance of a new device dropped significantly until the folding display form of phones arrived, only to allow people to see it comparable again to the Nokia period of the blooming form.

However, a few years ago, this product was difficult to fly into ordinary people because the screen was still too expensive, and the crease and system adaption difficulties were not correctly handled. But now, things have changed.

Xiaomi officially introduced the Xiaomi MIX Fold 2 on August 11, 2022, with its online live stream event the same evening.
Of course, the brand could have debuted at any moment, as it did with its first-ever foldable phone earlier this year or as Oppo and Huawei did with their first foldable. But the Chinese electronics company didn’t want to be surpassed by Samsung, which introduced the Galaxy Z Fold4 earlier this week to considerable excitement (August 10, 2022). 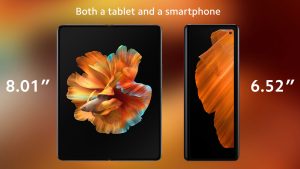 Both the inner and outer screens are very good, but the phone does not have in-display fingerprints but a side-mounted fingerprints scanner, which may lead some people to believe that this configuration is not a flagship, but, after using side fingerprints for the folding screen, is more suitable for habit use.

The MIX Fold 2 is just 5.4mm thick after unfolding, which is the thinnest of any phone at the moment. The phone is sleek and naturally younger; the MIX Fold 2 weighs 262g, and the iPhone 13 Pro Max weighs 238g, which is a difference, but it is almost caught up. 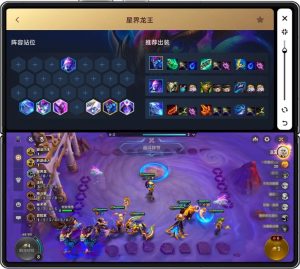 Xiaomi also relies on the phone size to plug into a wide area of 2520mm2 VC uniform temperature plate + 3715mm2 boron nitride cooling film + 9249mm2 high-density graphite sheet super cooling system. As a result, the machine has extremely strong performance in gaming, but because it has a wide screen, the visual effects are not comparable to conventional mobile phones.

The MIX Fold 2’s performance is entirely predictable. The enormous screen and large dimensions are more favorable to heat dissipation, and Xiaomi has also put in such a crazy cooling system, which makes the MIX Fold 2 experience enjoyable.

After one hour of movie watching, the Xiaomi MIX Fold 2’s battery usage reduced from 60% to 51%, utilizing 9% of power, with the video brightness set to maximum, Dolby Audio enabled, and tested in external playback mode. Its battery usage is 5% after 30 minutes of TikTok playback, and the brightness is also set to the highest setting, so the power consumption is reasonable.

The cameras have a primary lens aided by OIS and have a resolution of 50 megapixels; the sensor size is 1/1.56 inches; the pixel size is 2.0 micrometers; they use a method called pixel binning, and the aperture is f/1.8. It comes with a 13-megapixel ultra-wide camera, an 8-megapixel telephoto camera, and a 20-megapixel front-facing camera. 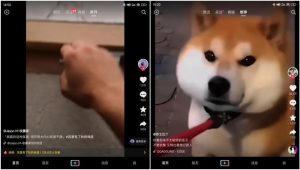 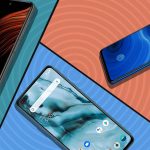