10 successful startups you don’t know about

Have you ever heard about Xiaomi, Jingdong or Zalando? Probably not. Recently folks at wall street journal have published an interactive where you can see the most valuable startups on earth. Some of these companies never go for excessive ad campaigns and social media presence but are still quite successful!

1. Beijing Xiaomi Technology: Low price high quality mobile phone manufacturer based in China. The value of company is $10 billion and was established in 2010.

3. Beijing Jingdong Century Trading: One of the largest online retailers (by volume). JD.com is the website that is worth $7.3 Billion having been established in 2004 as well.

4. Zalando: This European, inspired form Zappos, online retailer started as a footwear retail company and have since expanded to pretty much everything (that you can wear). Zalando was established in 2008 in Germany and is now a $4.9 Billion company.

5. VANCL: Started off as a single shop in China and has ever since expanded to almost all the spheres of wearable and fashion accessories. Founded in 2005 the company is currently valued at $3 Billion.

6. Airbnb: The Company got a lot of hype in the recent past. Funded and incubated under the umbrella of Y Combinator, Airbnb is undoubtedly a revolutionary concept and a wonderful business idea. It is a place where travelers can find lenders with absolutely no effort. Established in 2008, the company is worth $2.5 Billion.

7. Woodman Labs: Manufacturer of the revolutionary all-weather, rugged GoPro Cameras is backed by the Taiwanese electronics giant Foxconn. Woodman Labs was founded in 2009 by Nicholas Woodman. The company stands high at $2.3 Billion currently.

8. Snapchat: The application recently got loads of press when the 23 year old founder turned down a $3 Billion buyout offer from Facebook. Snapchat established in 2012 is worth $2.0 Billion currently.

9. Mobileye: BMW and General Motors are using Mobileye’s collision warning systems to make their cars safer for public and keep driver on top of every situation by keeping him informed about collision possibilities. Founded in 1998, the company is currently valued at a mighty $1.5 Billion.

10. Beats Electronics: We are all familiar with Beats by Dr. Dre. Well Beats electronics is the company behind these exceptionally high quality audio products. Founded by Jimmy Lovine in 2006, the company is estimated at $1 Billion.

The list also includes: Dropbox, Evernote, Airbnb, Snapchat, Box, Square, Uber Tech, Pinterest, Spotify, MongoDB, Coupons.com, Pure Storage, Legendary Entertainment and many more. These companies offer entrepreneurs and curious learners an insight into the top startups in the world. You never know when you might have an idea that can make it to the list of best paying businesses. 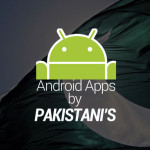