10 things I hate about Windows Phone 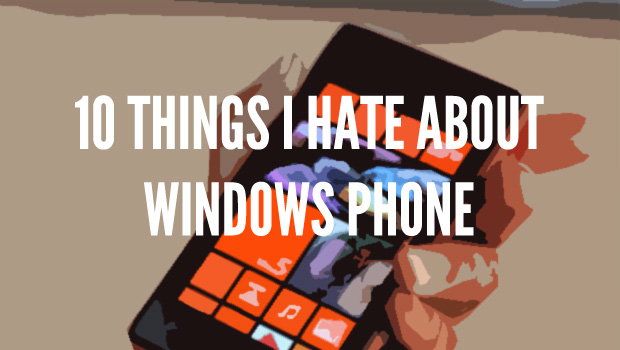 I have been using windows phone for a long time and find it pretty fluid and fun but that doesn’t mean it comes up as a perfect thing. It does have some big flaws in too. And some of them aren’t even solved or sorted in the updates or even in the newly talked about windows phone 8 versions. These are some basic flaws set right into the heart of the windows phone OS. These aren’t some errors but actually loop holes which need to be filled in to catch more user attention and being a seamless OS.

Windows claim to have great and efficient multitasking. But in actual it’s a pain and hassle too. Multi tasking may be efficient for processor but for the user it’s a trouble. Apps like Skype even don’t run in the background which just kills the purpose of multitasking at all.

The go back button when pressed for long time does open the apps running in background. If you hit the back button by mistake your app will just close down instead of going back. Each app should have a close button to solve this issue. For an average person with not much knowledge the multitasking and closing down of apps is a big turnoff.

The message threads are similar to what other operating systems have but here at windows phone you can’t delete all the threads at once or can select the threads that you want to delete. Again this is a frustrating thing. The message alert tops my list of most annoying thing by Windows. Every time a new message arrives it flashes on top of your screen with all the text glaring at your face. It beats your privacy to death. Also the live tile sync with messages is deceiving. You get tons of messages and you check the top ones and miss some of them than the live tile won’t show up if you have any more unread messages. This sometimes can be really a big trouble.

The absence of notifications hub at windows phone is a thing which is a real turnoff. Although all the notification tiles do have their live feeds and that is far better than the other operating system. But the need for a central notification hub is very important you don’t go to check each and every email account and its live tiles to check where you might have got a mail a central hub would solve that trouble for you.

Ok so when I found out that you can link a person email id, contact to his Facebook profile I was like wow. But the problem comes when you switch phones or get to reset your phone. All those profiles of your friends that you created and stored at cloud do get easily and automatically downloaded to your phone when you sync your email id. But there come tons of new contacts all thanks to the new profiles you created last time. Not only you have to sync all those profiles together again but also they are much more in number then the actual profiles were because of their copies being made on your outlook account and all of them being considered a new contact. This is a laborious task and a pain in head to tackle.

5- GPS navigation is still a Mess

To get directions on an iPhone or Android phone, all you have to do is hold down a button and say directions to,or navigate to, followed by the place you want to go. No such equivalent exists on Windows Phone. The closest alternative is to hold down the home button, then say where you want to go, then tap on the location in Bing search, then tap the drive option. Even that only works if you have a Nokia phone with turn-by-turn directions built-in, or you install a supported third-party app from the Windows Store (none of which actually exist yet, as far as I can tell).

The wireless sleep policy is this: turn your screen off and the wifi goes to sleep after 30 seconds. If you receive an email or Viber-SMS you surely gonna miss that one. There is no way to override this setting.You turn on your screen it connects again with the wifi and then you get all those notifications.

One of the worst things about Windows Phone 8 is that it no longer syncs with the fantastic Zune Desktop software. That means no more auto-playlists, sync groups, wireless syncing, simple media management, etc. Windows Phone 7.8 still works with Zune and allows for flawless media syncing. You can guarantee when your music and videos sync through Zune that they’ll play on Windows Phone 7.8.

Every time you accidently touch that search button on your phone it directs you to the bing search which totally annoys and the search isn’t good either. Same is the case with the maps. Microsoft flagship maps are Bing  that are not very accurately mapped with the locations.
Although in the new Nokia Lumia handsets Nokia’s exclusive maps are going pretty strong.

Who gives a damn about it ? No one uses IE anymore even on desktops at least that I am pretty sure of. The same problems are here with IE on windows phones its slow it’s not at all sleek or stylish. To move between the tabs is a hassle too.

To call them boring or few would be an understatement. Windows lack apps even the known big apps like quiet recently added skype or the Viber app which just got its update for voice call feature which was missing previously. This puts the windows phone user into a Stone Age era. The app suggestions of related apps are also missing. The marketplace sucks. Not the apps but the actual marketplace itself. Finding apps on it feels like such an effort. They need to make app discovery a priority because I desperately want to buy apps in the hope they will make me like my phone but I can’t find any that seem worthwhile. Also, the market doesn’t tell you whether you’ve already bought an app or not.

The Top Movies On Netflix; August 2022 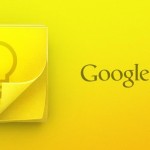