Pakistani universities have made impressive gains in terms of global recognition. For the first time ever, 21 academic institutions from Pakistan have bagged spots in an edition of the prestigious Times Higher Education (THE) World Rankings.

Baty congratulated the Minister for the brilliant performance of Pakistani universities in the World Universities Rankings 2022. The meeting was also attended by senior officials of the Ministry of Education and Higher Education Commission.

As per the team’s analysis, Pakistan is one of the world’s fastest improving nations on a range of key metrics and is one of the top five of nations globally for improvements in research citations, international outlook and industry links.

In an encouraging development, the analysis also showed that this is not a one-off accomplishment, rather it is part of an upward trend in academic progress that the nation has been witnessing over the past three years.

So, how exactly did Pakistani universities fare in the rankings? And how do they compare with each other?

Pakistan is now also among the top five countries in terms of teaching, learning, research, facilities etc, particularly in the categories of research citations, international outlook, and industry linkages.

It is also worth noting that the average score-change for 2021-22 is better than that of India. Subject-wise, improvements in business and economics, life sciences, and physical sciences have demonstrated the most robust results.

Shafqat Mahmood took to Twitter to talk about these exciting results, expressing the view that this proved that the nation’s academia was headed in the right direction.

“Last 3 years have seen greatest upward movement of Pakistani universities in global rankings,” the minister said. “We still have ways to go, but the direction is right, the pace is good. Credit to PTI govt and the unis that made us proud.” 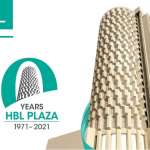