6 Problems with Hackathons in Pakistan 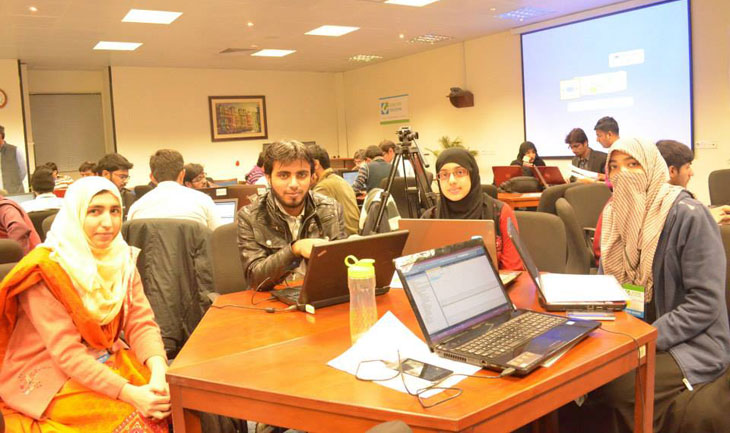 Hackathons have become more or less like a global movement to gather computer geeks on a single platform; so that they transform their great many entrepreneurial ideas into sustainable products.Not a very a long time ago, we started to hear about hackathons being held in Pakistan. Having a very under-developed IT industry, this came as a great news for those people of our country, who have been wanting to set up tech start ups , since ever. Besides, they are a good step towards developing our IT industry, promoting a positive image worldwide, indulging the nation in more productive ventures and most importantly developing the economy as an end result. Because it is the small ideas and ventures that end up making the biggest changes, after all.

However, apart from Hackathons being a nice move by the IT corporations, there are still some lacks in them that could really contribute more towards affecting the change.There are some fundamental problems with how they are conducted around different cities across Pakistan.

1. Not Enough Government Support
The resources that any government can provide are incomparable to those provided by local corporations. Where civic hackathons are more of social ventures; directed towards building products/apps that could benefit the civilian, government’s share is a must.Here many civic hackathons are held; young minds come up with great ideas to positively affect citizens’ lives,but are mostly not backed by the local government.

2.Not Many Universities Host Them
In order to really promote these hackathons,the most suitable place is an educational institution and universities should take lead in this. However, except a very few, not many universities take the pains of hosting any such event.

3.Unfair Competition
The fundamental purpose of hackathons is that a couple of computer programmers gather and implement ideas that they think could be developed into useful products/apps. So, participants have to code through a fixed period of time. Develop a prototype and present it to the jury.However, many a time it happens that not all participants come with a blank slate; some are already halfway through building their project. Which is unfair to those who have to start from scratch.
Moreover, teams that have already won in a certain hackathon, are allowed to participate again while they present the same project and win again. That takes away any fair chance that other newbies could have of winning.

4.Presentation-based
This is the general problem with hackathons around the world, and certainly lies here too. The principle of organizing a hackathon event is that the participants code their idea and build a prototype presentable to the jury. However, what mostly happens is that teams make charming PowerPoint presentations to impress the judges, and end up winning the contest. This comes as a disadvantage to those teams that work really hard on coding the project and presenting the prototype, and not on making attractive presentation slides. Because just judging the idea upon talks and slides makes these events to be more like pitching contests.

5. Lack Proper Mentorship
Most of those who participate are amateur entrepreneurs, so for them to actually get something out of this 2-3 day struggle, a guide would help. Someone who would generally guide them through the product-building stage; help them visualize what they want to accomplish and how should they do it. Giving general tips to these participants at the spot would help generate long term results. Although, many mentors are called upon to help the contesting teams but not many serve as one. They are not motivated enough to guide those young minds.

6.Lack Vision
The victorious teams in such events are awarded with prize money or sassy gadgets, which is all good and nice.Then these budding entrepreneurs are left alone to struggle with their product-making. In order to make their ideas to really develop into sustainable products, these teams should be incubated.Investors should be called upon such events to invest in these teams; provide them proper working space and hold their hands through the product-development stage. That is how the vision presented at such competitions could result in something useful.

No doubt that these events are very impactful but for them to produce effective results, the organizers need to up their game.Dealing with these few problems would motivate more and more people to participate and, hence, will serve the purpose of organizing such events in the first place.

Karachi Institute Of Technology and Entrepreneurship(KITE) Signs a New Partnership