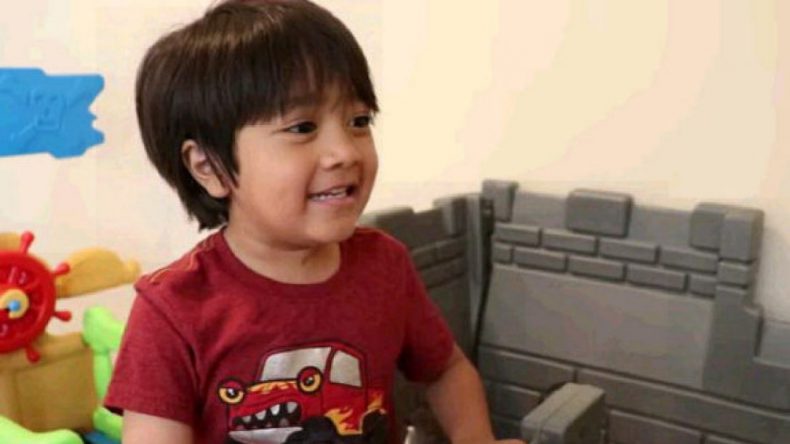 When we think of child celebrities, the first thing that comes to light is a child actor, who might have worked in a movie like “Home Alone” or “The Karate Kid”. However, we have a different story to share with you which is not about a movie star. These days YouTube stars are on the rise and among them is a 6-year old kid, Ryan who give insightful thoughts about the toys and has earned millions from YouTube.

Kids these days are quite addicted to YouTube for watching cartoons and toys videos. You may have noticed children at your own home sticking to smartphones or tabs watching those videos. Ryan has been appearing on YouTube videos since he was 3 years old, which were mostly captured by his parents. YouTube Channel “Ryan ToysReview” has made over 10 million subscribers and has earned around $11 million revenue in a year’s time from June 1, 2016, until June 2, 2017.

Forbes has also listed Ryan as multi-millionaire in the list of highest paid YouTube entrepreneurs. He was ranked at number 8 on the list. World’s highest paid YouTubers have earned around $127 million this year. His video about a Lego Duplo train set went viral and has received over 4 billion views on YouTube, which is shared below.

Children everywhere seems to be in a close relationship with Ryan, they don’t take him as a stranger on YouTube but as a friend. Most of the videos of Ryan are based on the reviews of different toys. He is sometimes accompanied by his friend or his parents in a video. Ryan has also made some videos by partnering with popular comedy channel Smosh which is created by Anthony Padilla.

If you also want your kid to be addicted to his mesmerizing talent, let him/her watch these three videos below.