TechJuice > Technology > A Baloch student raises Rs. 14 million from HEC for his ‘Eye Smart Helmet’ to minimize risks in mining

A Baloch student raises Rs. 14 million from HEC for his ‘Eye Smart Helmet’ to minimize risks in mining 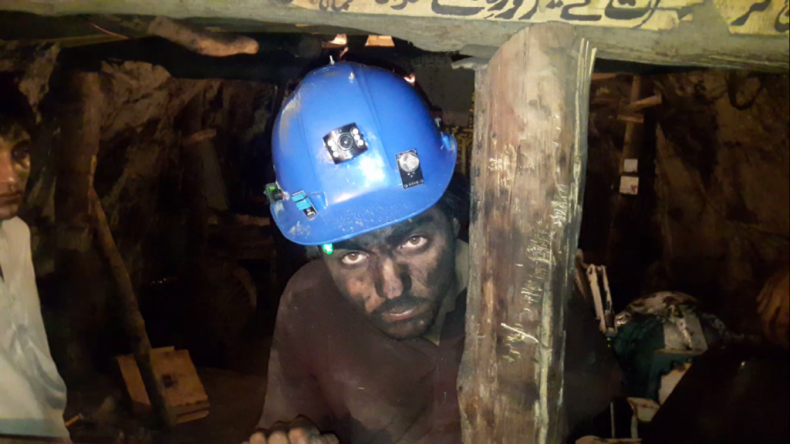 Pakistan, being a developing economy, is blessed with a lot of natural resources, and the abundance of these resources need sustainable extraction and development. Large reserves of coal, gold and a lot of other resources have been experiencing regulatory inadequacies which leads to inefficient operations: having costs as high as human lives. The potential of Balochistan is lucrative enough for investors and the government to show concern regarding the mining industry.

The miners are subject to toxic fumes, explosions, chemical spillage and other threats which make the coal mining a dangerous process. Thousands of miners have lost employment, mobility, and their lives in such accidents. Though international safety standards are receiving attention, Pakistan’s mining industry lacks far behind in the implementation. A talented Computer Engineering graduate of BUITEMS got an idea when his brother was involved in a mining accident, which he luckily survived.

Ali Gul, a resident of a small town Sanjawi Tehsil – an administrative subdivision of Ziarat District, has been closely associated with the mining industry from an early age, and has had a keen interest in technology which led him to develop a product which could potentially lead to the safety of thousands of workers in the mining sector. His intense repugnance over the use of inefficient tools and absence of technology encouraged him to develop the “eye smart helmet” which uses the latest technology to monitor the mine’s conditions, presence of toxic gases, explosion risks, and the location and health vitals of miners working in a particular mine.

The death toll of coal mining incidents has crossed the terrorism-related casualties in the past year as around 172 people were killed and 300 were critically injured, Ali Gul mentioned in his tweet. Eye Smart Helmet is the need of the hour for the industry and it should be deployed into the operating mines as soon as possible.

This pursuit of a greater good led him to the other co-founders: Muhammad Azeem, who is experienced in entrepreneurship and business operations, as well as, Muhammad Jawad, a chartered accountant with expertise in operations, financial modeling, investments, and corporate affairs. All the three co-founders eventually met Dr. Waheed Noor, their R&D Mentor, and Supervisor. Resultantly, a new company emerged in Balochistan which displayed the conviction needed to challenge this status quo of unsafe working conditions for miners. 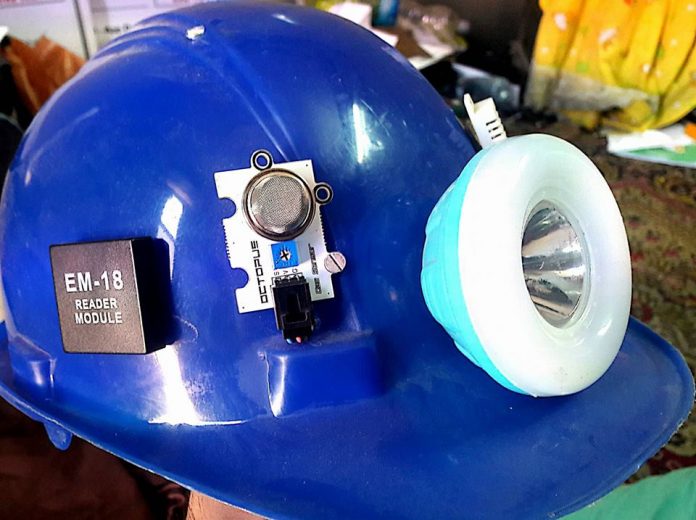 The company provides an end-to-end solution with user-friendly dashboards so the mine-operators can monitor the activity and analyze the data to boost productivity. The feasibility, scalability, and tight budgetary constraints made the product development difficult, but the team managed to make a working prototype. The prototype used iBeacon technology, Internet of Things (IoT), Machine Learning and, ZigBee Wireless Technology, and a variety of sensors to measure the presence of harmful gases inside a mine.

It will also monitor health status and oxygen level of a coal mine worker and keep track of their location inside the mine. In addition, the technology will be able to predict future accidents/coal mine collapses in a coal mine and save millions of rupees for the coal mining industry. The product’s success is not bound by regulatory constraints as the economic benefits alone attract the customers.

The startup had been incubated in NIC Quetta where the team started their operations. Though the team had a lot of options, the offer of HEC Technology Development Fund was in line with the founders’ vision. Mr. Ghulam Sarwar, HEC TDF, assured his constant support and the team managed to secure a funding of Rs. 14 million from HEC TDF which is being used for product development and production.

A typical accident halts the coal-mining process for 1-2 weeks. The prototype’s experimental success demands support from the legislature, as the safety of the miners should be an important concern.

When the story of this initiative surfaced over the internet and television, CM Balochistan Mr. Jam Kamal showed keen interest. He offered his support through a tweet, encouraging further development of this product. Minister of IT, Khalid Maqbool also showed his interest in the product. Mr. Yusuf Hussain, CEO Ignite, provided key support in the early days of the company.

The team’s vision goes beyond the industry, and borders as they wish to make this world a better place. Though thousands of such ideas exist in our societies, their success depends on general awareness. In order to make this country better, we must play our part in developing and supporting such ideas.

previous
Overall smartphone sales to record worst decline this year, report
random
next
How to preserve image quality while sending it on WhatsApp
Trending Posts