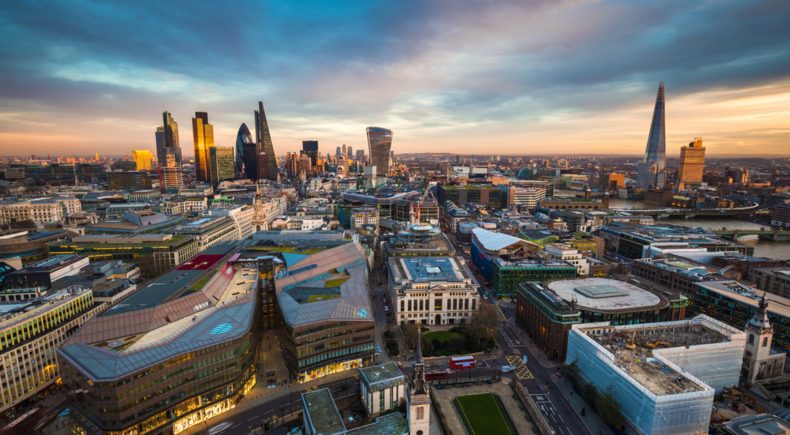 The infusion of funds into UK-based cryptocurrency and blockchain startups reached a record high in 2018. Other tech sectors in the UK and elsewhere in Europe have experienced a significant boost in investment as well.

According to data published by Pitchbook and London & Partners, cryptocurrency firms in the UK raised more than £200 million from venture capitalists in 2018. This figure stands in sharp contrast to the total amounts invested in 2017 (£19.11 million) and 2016 (£51.96 million).

Impressive rounds of funding included the £61 million raised by blockchain software firm Bitfury and a Series A worth $16 million closed by London-based TradeIX.

With the capital city’s businesses responsible for a whopping 72% of the £2.49 billion raised by Britain’s tech firms, London’s technology companies represent a remarkable boost to UK investment in 2018. It is also doing much better in terms of available growth capital as compared to its European counterparts Berlin (£936.53 million), Stockholm (£224.23 million) and Paris (£797.04 million).

London’s Deputy Mayor of Business Rajesh Agrawal credits his city’s openness and diversity for playing a huge role in this development and commented: “Regardless of the outcome of Brexit, London will remain open to innovation, talent, and investment from all over the world.”

Moving on to other tech sectors, AI funding in the UK experienced a boost of 47% by reaching £736 million in 2018, compared to last year’s £499 million. Financial technology (Fintech) firms raised over £1.17 billion, of which £1.08 billion was raised by London-based firms.

Other European cities have seen similar growth in investment in the tech sector, with Berlin being the second largest European hub for VC investment behind London, having raised a total of £936.53 million. Paris, meanwhile, is not far behind with £797.04 million raised by its tech firms in 2018.