Android Lollipop 5.0? – What to Expect from the Next Version of the OS? 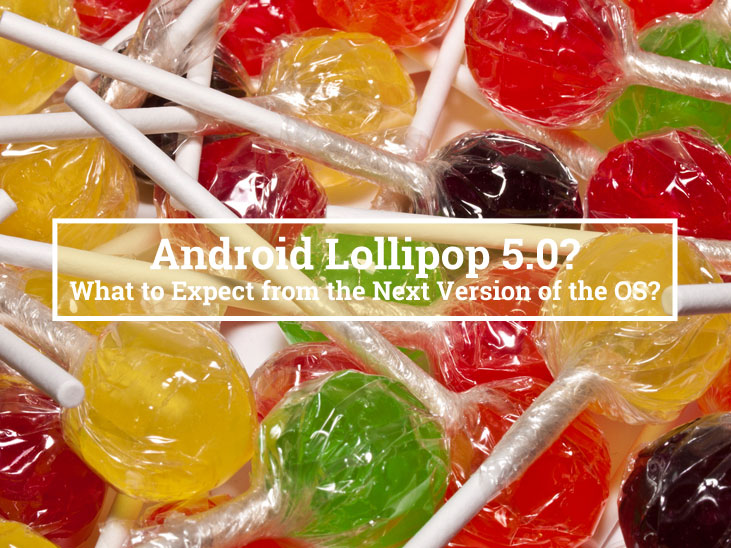 Android 5.0 or 4.5 may have been hinted at in a screenshot that was released by Google via Twitter a few days ago.

There is no stopping Google from “accidentally” leaking its upcoming devices and software. The tech giant leaked the supposed Android version 5.0 through an image posted in the company’s Twitter account. 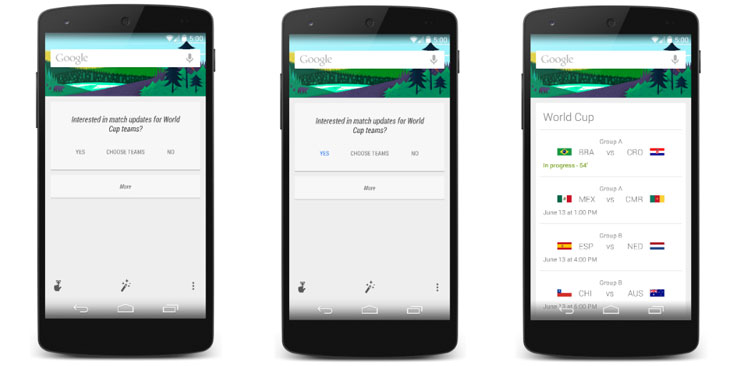 According to the International Business Times, the screenshots show three phones with the match scores and schedules for the 2014 World Cup.

However, the system clock time was set to 5:00. In some previous Android OS releases, Google teased 2.3 with a phone that had a clock time of 2:30, and all devices listed on Google Play Store have 4:40 on the clocks; they ship with Android 4.4. KitKat.

Whether it’s Android 5.0 or 4.5, there is no real indication of the dessert-based name that will follow it. Having surprised everyone with its decision to go for Android 4.4 KitKat, speculation suggests Google will revert back to its generic naming convention by calling the next installment Android Lollipop.

Google will have its annual Google I/O developer conference later this month. The company may reveal Android Lollipop then.

Its expected features may be a major update from KitKat. Smart phones right now run on Google’s Android KitKat 4.4, the latest update in the line of candy-themed mobile operating systems. Every year in June the Google developers’ conference releases updates to its products and this year is no different. It is expected that updated features to Google Glass, the smart watch line and the range of Nexus smart phones will include Android Lollipop.

After collaborating with Nestle to release Android 4.4 KitKat, in September, last year, minor updates were released to correct bugs and fix issues with the operating system and apps. Rumored to be revising the approach it takes to web apps, images have been leaked showing what Lollipop looks like.

Project Hera, Google’s effort to unify the Chrome browser with Android and Search is also set to debut in June. The project is designed to revamp the experience for Android users who run Google’s Search and Chrome apps on their smartphones, and a major user-interface revamp is also expected.

Google is also expected to integrate HTML 5 in the software that will enable users to multi-task or open and run apps and widgets at the same time.

The next version of Android OS also plans on making OK Google, its voice search assistant, as competent as Siri, calling it Ok Google Everywhere, but integrating it deeply into the OS itself.

Reports added that the next version of Android OS will definitely support new processor and graphics chipset. Support for 64 bit-processors makes running Android smooth on devices with 2 to 4GB RAM. Android 4.4 KitKat currently runs on 512 MB RAM and Google plans to add a few additional features to make the next version better. With cross compatibility in case of mobile networks, improvements in camera features, and better audio and video experience, Google’s Lollipop is aiming to be better than KitKat. The gaming community will experience smoother multi-tasking, while an improved battery life increases performance, allowing users to support and write data on micro SD cards.

As Apple gears to launch the iWatch, Google has plans to integrate Lollipop with its wearable range of smart wear. Google Glass and the smart watch range are expected to run on Android Lollipop, but reports suggest that there may be a new wearable application that monitors devices that are connected to the smart phone. With Lollipop, these features will work better without draining the battery and data.

Security also seems to be an area of focus for Android. It is currently being targeted by mobile malware, making security its biggest concern. Apps from the PlayStore usually are loaded with bloatware, making users vary of the store itself. Preferring to use the .apk (install-able) files instead of downloading the apps, Google is losing customers who download apps from the PlayStore. Android Lollipop aims to fix this issue by setting up a rigid app selection system. Handling data with fingerprint sensors and face unlock will make Lollipop better than KitKat. More features are expected to be included in Android Lollipop, but users will have to wait for a few more days to hear more of it.

We may also see the announcement of Android Silver which will replace the popular Nexus range of products. That’s a little less likely than the Android Wear announcement but it’s all on the cards. Google I/O 2014 takes place from June 25 and 26 in San Francisco. 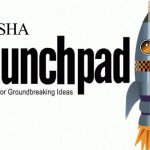