Apple has already introduced us to fresh Apple Watch and iPad models in September, and this month we got a good look at the iPhone 12 as well. However, the one surprise package on everyone’s mind right now is the mysterious Apple Silicon Mac and what it’s going to look like. While the company said that it won’t be introducing any new Mac devices in 2020, a recent tweet from Apple leakster Jon Prosser claims that the Cupertino giant will hold a special event on November 17 to finally launch the highly-anticipated Mac.

According to Prosser, Apple has chosen November 17 as the special date on which it will hold its next big event and announce a line of new Mac models, including the first ever Mac with the new Apple Silicon chip that will be replacing the Intel processors. It is a huge shift, and one that the company is definitely not going to take lightly.

Prosser also stated that the consumer electronics titan will confirm the launch date to the public a week prior, on November 10. It is unclear whether other products and services will be launched during this event, but that is something we will have to find out on the day itself.

This isn’t the first time a source has claimed that Apple will be having a launch event in November. A Bloomberg report also claimed that the company has plans to launch new Macs in November.

During WWDC 2020, Apple declared to the world that it will be transitioning from Intel processors to its own Apple Silicon chips, which employ the same ARM architecture used by the iPhone, iPad, and other Apple devices. 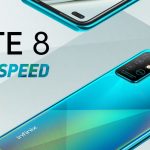