Tech behemoth Apple, in a bid to promote its operations in Southeast Asia, has opened its first official store in Singapore.

Thousands of excited fans were drawn to Apple’s newly opened store, reported AFP. The store is the latest edition in Apple’s retail stores located in Asia. In Asia, Apple already has stores in Japan, China, and Hong Kong.

The tech giant has also recently opened its stores in San Francisco and Dubai named as Apple Union Square and Apple Dubai Mall, respectively. Hype for Apple’s new store opening in Singapore was soaring from the start of May; when Apple displayed large banners in the country which read, “Apple Loves Singapore”.

The newly opened store is a two-storey building. From outside, a 120-foot glass facade blurs the barrier between inside and out. From the inside, a twin curved Castagna stone staircases are the architectural highlight of Apple’ s store. Moreover, it has a unique 25-foot canopy that protects Apple Orchard Road from tropical sunlight and provides shelter from the rain.

One can not only buy things from the store but can also learn different skills while visiting the store under Apple’s “Today at Apple” program.

The program consists of music, coding, art and design learning.

“At the heart of every Apple Store is the desire to educate and inspire the communities we serve,” said Angela Ahrendts, Apple’s senior Vice President Retail. “Today-at-Apple is one of the ways we’re evolving our experience to better serve local customers and entrepreneurs. We’re creating a modern-day town square where everyone is welcome and best of Apple comes together to connect with one another, discover a new passion, or take their skill to the next level. We think it will be a fun and enlightening experience for everyone who joins.”

Apple has 500 stores across the globe with almost 1 million daily visitors. The main source of Apple’s income is iPhone and MacBook that is why the company placed these products in its newly opened store to attract customers and visitors. 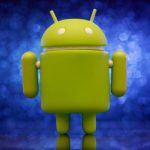