Apple reportedly working on iPad with Face ID for 2018

Apple is working on redesigned iPad that would remove the device’s home button in favor of the new Face ID system introduced on the iPhone X.

As reported by Bloomberg, the upcoming iPad will feature a similar display of 10.5-inch like iPad Pro and is likely to be released later next year. As the iPhone X has got rid of the Touch ID home button, now Apple will trim the iPad’s bottom bezel closer to the device’s edge. This would result in a more immersive screen that fills nearly the entire front of the 2018 iPad.

Apple reduced the iPad Pro’s side bezels significantly with the 10.5 model which was released in June. The report doesn’t confirm whether or not it would have the iPhone X’s signature “notch” on top.

As older versions of iPad still use a physical, a clicking home button and that looks an outdated feature. Last year, Apple switched to a non-moving button in iPhone 7 that simulates presses with vibration. Apple did the same thing with the iPhone 8 and 8 Plus launched a month ago.

Bloomberg reports that Apple will not use OLED for the 2018 iPad lineup and will stick with LCD, due to some technical and financial constraints which are preventing the same display technology. Samsung utilizes high-resolution OLED screens both for its tablets and Galaxy Book that runs Windows. But these products are not sold even at half of the volume of Apple’s iPads.

It is still unknown that whether the upcoming iPad will be water resistant, however, chances do exist that it may support wireless charging. As the iPad is set to launch by the end of next year so let’s wait and see if Apple could meet its demand at large scale, unlike iPhone X. 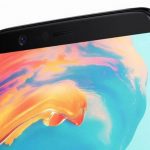