Apple reveals hundreds of new emoji and they are coming to the iOS 11 soon. The new emojis will be added in upcoming iOS 11.1 update. The new emoji will include emotive smiley faces, gender-neutral characters, clothing options, food types, animals, mythical creatures and more. There’ll be a total of 56 new emoji.

The new update will include all the emoji introduced with Unicode 10 including Woman with Headscarf, Bearded Person, Breastfeeding, Zombie, Person in Lotus Position, new food items such as Sandwich and Coconut, and an “I love you emoji”.

All of these emoji will be part of the iOS 11.1 developer preview as well. And will be available for iPhone, iPad, and Apple Watch. There’s no confirmation when Apple will release the iOS 11.1 for the public.

Android Oreo already has equivalent emoji but as you know, only a few users have access to Android Oreo. But some app developers are working to make the new emoji available on older Android devices as well.

Planning to buy an iPhone? Check out the newly launched Apple iPhones prices in Pakistan. 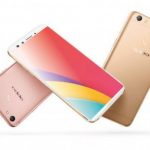