Apple takes thousands of apps off the Chinese App Store

Apple has taken more than 30,000 applications off the Chinese App Store, according to the Qimai Research Institute.

The removal comes as a result of an ongoing investigation by the Chinese Authorities into the licenses of these apps. According to these authorities, all applications that cost money or have in-app purchases in China must be approved by Beijing’s censors; these applications did not have the relevant approval.

The loophole exploited to publish applications before acquiring an approval only existed on iPhones, as Android vendors strictly adhered to the regulations.

The takedown left 179,000 gaming application on the Chinese App Store; approximately 90 percent of which are free to download.

An earlier notification sent out by Apple to developers and publishers warned them about the investigation and takedown that was about to happen. The notice warned vendors that any application operating in China without a valid license will be removed from the Store after the 31st of July.

China represents one of the larger markets for digital products and services for Apple. The company takes a 30 percent cut of any transactions made on the App Store. China has been wanting to get stricter with its rules ever since rumours of concerns over the players’ mental health’s started stirring up. The country expressed concerns over minors being exposed to violence and offensive content through these addicting games.

For smaller businesses and the not-so-popular games, however, these stricter rules could mean a lot of damage to their reputation and their profit. Industry insiders say that the approval process is long and complicated and only the big names in the gaming industry can come out of it unscathed.

“It’s devastating to the whole iOS game industry in China,” says Todd Kuhns, the marketing manager for AppInChina – a firm helping overseas companies with the distribution of their apps in the country. 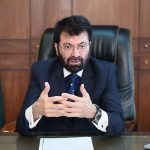