TechJuice > Mobile > Apple’s next 5G-ready iPad could be foldable too, report

Apple’s next 5G-ready iPad could be foldable too, report 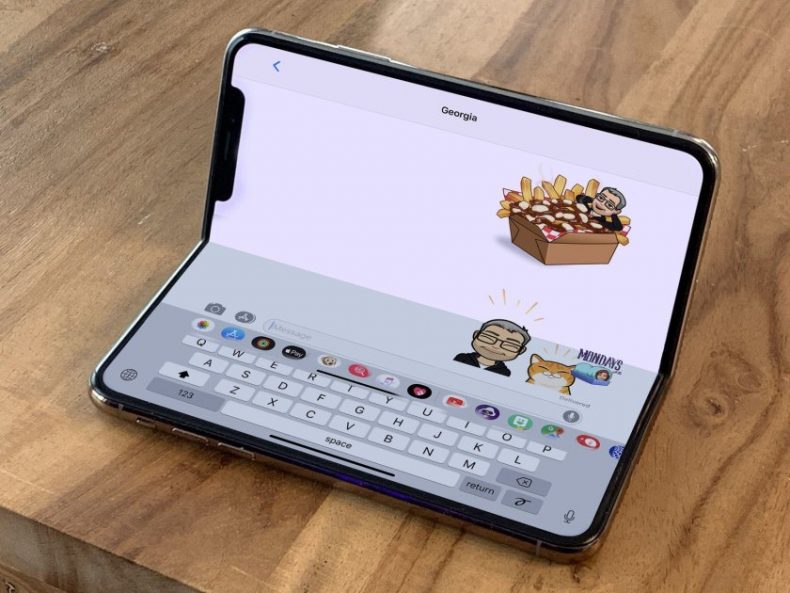 Well, this isn’t the first time we have heard rumors about an Apple-made foldable device, but the thing that drives our attention here is the uncertain report that claims that Apple is building a foldable iPad, instead of an iPhone.

According to the latest report by Economic Daily News and IHS Markit analyst Jeff Lin (source in Taiwanese), Apple is already working on a 5G-ready foldable iPad to shake up its tablet line-up in the near future. The report goes on by adding that the foldable iPad will have the latest A series processor, and will feature a big display which will be nearly equal to the size of the current MacBook line.

The giant foldable iPad of Cupertino’s tech giant will have a flexible display, which is going to be somewhere between 11 and 15 inches. In addition, the report states that Apple’s upcoming device may also get wireless charging tech and water-proofing of the next level.

Interestingly, the report claims that Apple is planning to launch this innovative iPad as soon as next year. As Apple has already been rumored to bring out a 5G iPhone in 2020, so it is easy to believe that iPads might also arrive around the same timeline (or might even appear before the phones do).

Though the analyst disclosed much of the details about the upcoming iPad, he didn’t describe the design of the device, so we have no idea whether this foldable iPad will have a single screen that folds in half, or if Apple will find something more intriguing to appeal its users.

In a nutshell, we know that Apple is working on both 5G technologies and folding screens, but we should not take this prediction too seriously just yet, as the next year seems like a quick turnaround for Apple to get this out the door.