Earlier this year, Apple announced to ramp up the production of iPhone by 10% in the first of the year. But the plans might face a bumpy road due to the massive outbreak of Coronavirus.

The news was reported by Nikkei Asian on Tuesday. The smartphone maker has requested many of the linked suppliers to manufacture 80 million iPhones in the first half of 2020. Most of the Supplier’s manufacturing center is situated in China.
The company has fetched orders of over 60 million iPhones that are the older versions. Over 15 million orders have been submitted for the latest cut-price model that the company intended to release in March as per Nikkei Asian’s report.

The production was said to trigger in the third week of February but unfortunately, as the health consequences are at stake in China the manufacturing might delay until the health authorities take control of the virus.

The virus has killed over 4000 people worldwide. Every minute a new case has been appearing infected with the fatal disease. The disease had affected the global market severely too as China is the biggest manufacturer of products.

The shares of Apple had come up in terms of worth by 86%. In fact, Apple is outperforming a 29% rise in the S and P 500 index. On Monday the market closed down nearly 3% at $308.95. The tech giants are fearing that the virus infestation might drag down the Chip and technology stock in the US.

In October of 2019, Apple asked the suppliers of the iPhone 11 to ramp up production by 10% which means 8 million units were manufactured last year. The iPhone maker is set to report its first-quarter earnings after markets close on Tuesday according to Nikkei Asian 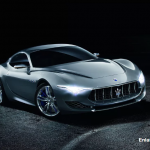