At THIS. platform, each user can share just one link a day 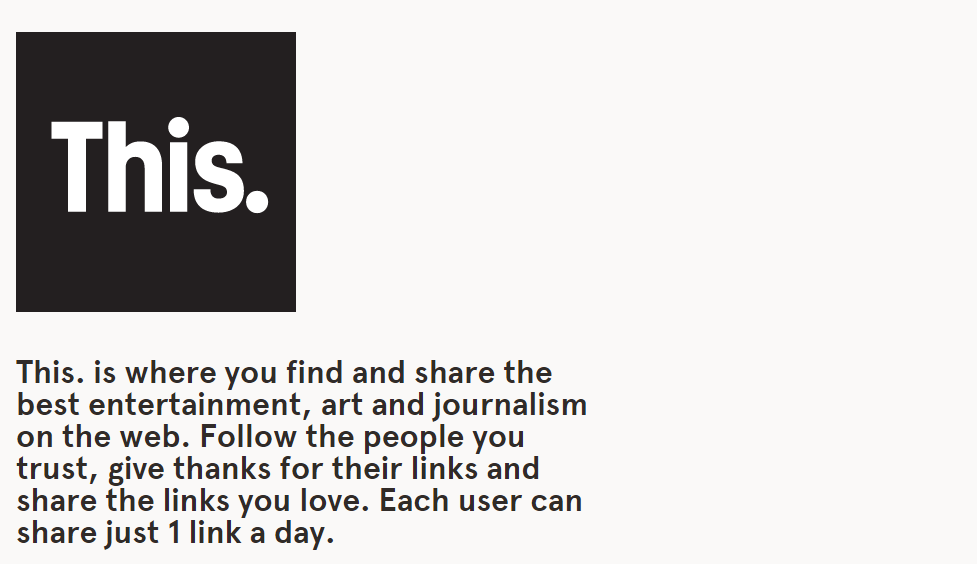 They say an excess of everything is bad. And that is no less true when it comes to social media platforms like Facebook and Twitter and the kind of information we choose to share with the world. I don’t know about you but during my somewhat moody times what keeps me off these networks are the overabundance of pointless (and sometimes quite unnecessary) posts. (No offense to any of my social connections, of course, you can share pictures of your daily dietary intake that I have absolutely no interest in!)

On a much serious note, this annoyance with “too much noise” on social networking platforms is to an extent shared by many other people in the cyber world. In an entrepreneurial exploitation of this disinterest, several new social networks, often flaunting an explicit anti-Facebook theme as in the case of Ello, are frequently launched. However, some claim that Ello has not lived up to its hyped-up expectations. There is yet another new social network on the watch-list now. Interestingly, this new social network is, in fact, called THIS.

Developed by Andrew Golis, an entrepreneur at the Atlantic Wire, THIS. has an interesting theme to it. While other social networks have users sifting through an overabundance of information in the form of news-feed and tweets to find a post of their interest, THIS. restricts the number of posts/links a user can share to…one. Yup, that’s right. A single share per day. So THIS-ing something on the network is you sharing that single news or idea that caught your attention for the day and telling other users “This” is what you need to see. The amount of your daily shares is not the only thing that is restricted. Apparently, users may not upload selfies (?!) and no option for user-to-user messaging exists. However, what users CAN do is browse through links posted by other users and can “Thank” them for favorites, kind of like retweeting a tweet.

Describing the incentive behind its development, Golis says, “I think it was an opportunity to inexpensively experiment something that had a similar mission (to Atlantic Media) – surfacing the most important stories and ideas – but a radically different approach.” He further went on to describe THIS. as “an opportunity to be the first place people go when they sit down on the couch at night and think – What is the best thing for me on the web right now?”

Considering how many of us back home are superstars when it comes to sharing almost anything in the world, THIS. will definitely take some time (and struggle) to getting used to. While the website is only yet accessible to people who receive an invite and no app exists for it, THIS. is definitely a new social network to look out for. 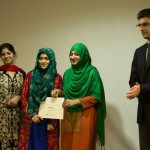 Meet the winners of Code for Pakistan’s Islamabad Hackathon