Australian research centers have discovered a cost-effective method to recycle solar panels. The process involves gathering solar arrays and dismantling them, shredding the cells, and employing an electrostatic separation to collect valuable components. Such as silver and copper, reducing the panels to 2%-3% of their original weight.

Researchers have found that this method will help to handle the growing volume of retired photovoltaic (PV) cells predicted by the decade’s end. Last week, a team from the University of New South Wales stated in a paper. Where researchers outlined a procedure for collecting and extracting valuable elements from solar arrays. To see if it was technically, commercially, and environmentally possible. Afterward, the reclaimed material would be delivered directly to a refinery for processing and purification.

Dr. Pablo Dias, the lead author of the study, said that we would be able to manage 1,000 tones of solar panels per year. This will be equivalent to approximately 50,000 panels per year, or around 4,100 per month. Moreover, Dr. Dias said it does not utilize chemicals and does not emit any pollution or hazardous pollution. However, the panels’ crushing creates dust, although dust collectors are there.

Currently, Australia has minimal capacity to handle and recycle solar panels at the end of its life span. A growing number of solar panels will eventually approach the end of their useful lives due to the rapid adoption of rooftop solar and proposals for large-scale solar farms.

Earlier, a 2016 report showcased by the International Renewable Energy Agency (Irena) discovered large-scale and early adopters of PV. That might anticipate the most waste from outdated systems. However, by 2030, Australia will produce 145,000 tonnes of PV solar waste annually. The US expects 1 million tonnes and China to produce 1.5 million tonnes. Smaller plants can process material closer to its source, minimizing transit emissions.

He has also broadened his research through a start-up firm, Solar cycle, which is constructing a facility in Texas in the United States. In November, it will be operational. Prof. Peter Majewski from the University of South Australia’s Future Industries Institute said it made “absolute sense” but cautioned against a one-size-fits-all approach. Developing a solid recycling technology and industry is essential because we will face massive solar panels.

Majewski stated that while it was necessary to consider how to handle solar panels that had reached the end of their useful lives. It was a “solvable problem” that could be resolved with a stewardship program that clarified who was in charge and the procedures for disposing of them.

According to Majewski, solar panels and wind is consistently highlighted as a problem in various discussions. Many technologies are producing waste. We can manage it. It’s a question of legislation and technology. 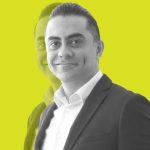