The chairman said that recently a delegation of China Road and Bridge Cooperation (CRBC), visited BoI to discuss the timelines to make the Rashakai Economic Zone operational. Through these economic zones, Pakistan will get foreign capital and advanced technology for various projects.

Haroon said that Chinese had termed the Rashakai zone as a role model project for other SEZs, because this zone has a strategic significance as it is closer to Afghanistan and Central Asian countries. Rashakai was a joint collaboration between Chinese company CRBC and Khyber Pakhtunkhwa government with an aim to provide a platform for increasing the ease of doing business in the area.

He added, “The BoI is strengthening its capacity by establishing specific desks and teams to deal with investors from different countries, as well as to work on important assignments, including all SEZs”.

He further stated, “We will need to acquire 5,000 acres of industrial land to complete all SEZs in the country in order to generate equal business opportunities for all, and the development of engineering or information technology zones was in process in line with the board’s plan to establish a hi-tech zone in the federal capital”.

Furthermore, he assured that the IT special economic zone in Islamabad would be finalized in the coming weeks and the project would also be completed on time. 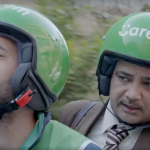