Wi-Fi has become our oxygen, it’s all around us, we can’t see it, but we need it to survive, especially when most people are owners of multiple Wi-Fi devices. WiFi helps with the transmission and sharing of an internet connection to help users connect on a network without reliance on an ethernet or physical cable.

Juniper Research released a report titled, “Mobile Data Offload & Onload: Wi-Fi, Small Cell & Network Strategies 2015-2019” in which it is estimated that by 2019, there will be as much as 115,000 PB (Petabyte) data in aerial transmission through WiFi. One Petabyte means 13.3 years of HD-TV video while 50 Petabyte means an entire written work of mankind from the beginning of recorded history in all languages. And we are talking about the size of data which will be 2,300 times bigger than a small 50 PB chunk. Imagine how big the data will Wi-Fi be carrying in a couple of years.

See Also: Karachi to get free wifi all over the city

The global rise in mobile communications through 3G/4G/LTE and soon, 5G, will pave the way for the continued growth of communications in the future. Moreover, Wi-Fi hotspots exist in major cities all over the world connecting millions of people on the move. iPass, another Wi-Fi Service provider had nearly 40 million hotspots in the US and they anticipate to double their numbers to reach 90 million hotspots by the end of 2015.

In Pakistan, Karachi was recently announced to get city-wide Wi-Fi connectivity while free of charge Wi-Fi under Metro Wi-Fi Network program will be launched in Punjab soon.

How many are you addicted of being on the Internet at all times? Let us know in the comment section below. 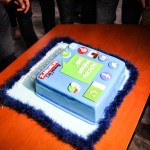