The title of this blog post is a little ironic. If an apocalypse eliminates the entire of crypto world today, there will be two major winners. 1. The giant conglomerates mining cryptocurrencies and 2) A handful of thieves who used crypto to shift their money out of the country of their operation. The formers are the big winners though and most of them are operating from China. And yet the country is probably the only one actually cracking down on the idea of cryptocurrencies. The crackdown begin in September of last year when the country banned crypto exchanges and ICOs.

On 17th of this month, Beijing became the first city where you can’t hold a crypto event followed by Guangzhou Hub today. The latter is especially of importance because it’s one of those special districts of China where business regulations are relatively less strict compared to main cities. The grounds on which Chinese government is basing these bans on are security and protection of financial system of the country. As is always the case Chinese companies have followed suit. Not only Tencent and Alibaba, parent companies of two of the country’s favorite payment apps (WeChat and AliPay) with 1B users in between them, have stopped any transaction based on crypto. They have gone onto banning the public forums discussing bitcoin and other cryptocurrencies.

The so-called “great firewall” is playing its role too. It has banned over 120 cryptocurrency exchanges’ websites from around the world. And Baidu, country’s version of Google, either restricted or completely removed all crypto related discussions from Baidu Teiba — Reddit equivalent in China.

You have to wonder though why then China is not banning the crypto mining conglomerates so prevalent in the country? The reason is rather a simplistic explanation. The Chinese government has no problem with the tech side of the equation unless it’s not resulting in any financial transaction taking place. Unless a mining company starts to convert Bitcoin into Yuan or starts trading any cryptocurrency for actual good, they are OK to operate. As a matter of fact, the government itself is interested in using some of the potentials of Blockchain, the underlying technology behind all cryptocurrencies. 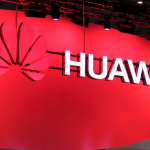