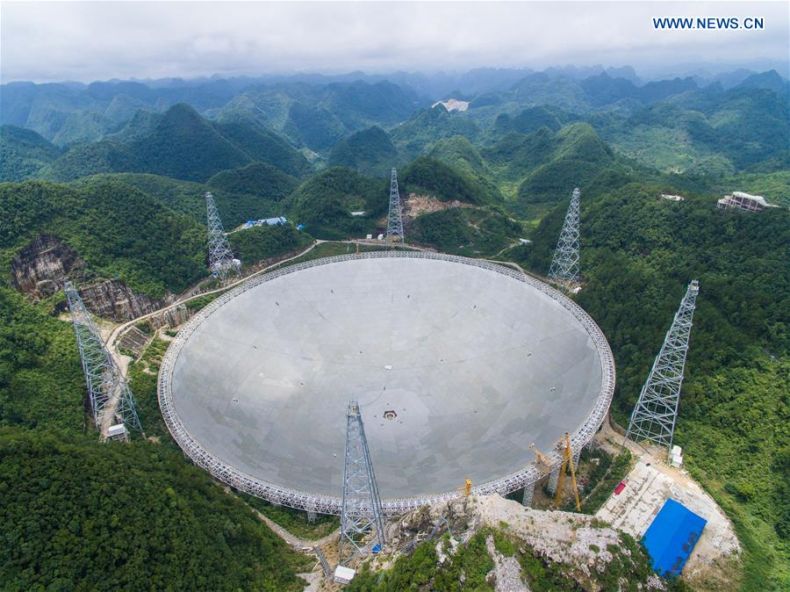 A pulsar is highly magnetized, rotating neutron star, which emits two beams of electromagnetic radiation. The observation of pulsar is an important task for FAST because it can be used to confirm that the gravitational radiation and black holes exist and also helps in solving many major questions in physics.

Moreover, FAST also monitors the exploration of interstellar molecules and interstellar communications signals. The research team at FAST is focusing develop a better understanding of the universe, for that the team is prepared to conduct an in-depth research on the distribution and the condition of cold gas, which is present in and around the galaxy. They will also perform research on the circulation of gas within the galaxy, and other related frontier issues as well, Jiang added.

FAST is also believed to be the world’s most sensitive radio telescope in the world and it is located in a naturally deep and round karst depression in Guizhou Province, of southwest China.

FAST is almost as big as the size of 30 soccer fields and was built in five years at a budget of $180 million. Nearly twice as big as the second-biggest telescope—the 300-meter-wide Arecibo Observatory in Puerto Rico, FAST is almost too big to be true. The telescope was built by the National Astronomical Observation of the Chinese Academy of Sciences.