On Thursday, the CEO of Tesla said on Twitter that the Tesla Cybertruck will be waterproof and will have the ability to drive through calm rivers, lakes, and oceans.

The Tesla Cybertruck does not yet exist, but Elon Musk has stated that when it does, the futuristic-looking van will have the potential to “briefly” operate as a boat if the situation calls for it. This prediction was made in reference to the Tesla Cybertruck.

Mr Musk even went so far as to explain the reasoning behind the waterproof functionality, saying that the Cybertruck will need to be able to get from Starbase, which is a SpaceX facility located in Boca Chica, Texas, to South Padre Island, which requires crossing the channel. South Padre Island is located in the Gulf of Mexico.

In 2019, Tesla debuted the Cybertruck to the public. The company had originally planned to start manufacturing by the end of this year; however, it has now postponed that goal until the first quarter of 2023.

The rocket-like appearing truck is built of the same type of stainless steel that is used in automobiles, and the electric car has a one-of-a-kind, geometric layout. According to the product description on the Tesla website, the vehicle has “greater performance than a sports car and better utility than a truck.” 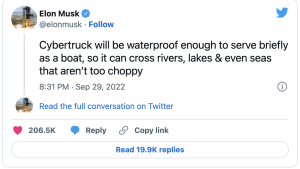 At the beginning of this year, Mr Musk made the announcement that the much anticipated Cybertruck will be available in a high-end four-motor form.

In a tweet, he said that the initial production run will use a four-motor model that would have separate, ultra-fast reaction torque control for each wheel. The chief executive officer of Tesla referred to the vehicle as a “crazy technology bandwagon” and said that the Cybertruck would be equipped with a front-wheel steer as well as a rear-wheel steer, meaning that it would not only be able to turn like a tank but also move diagonally like a crab. 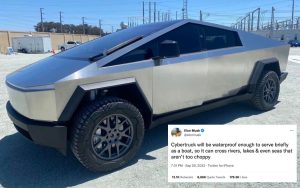 During this time, Ford Motor Company and Rivian Automotive launched their own electric pickup trucks, beating Tesla to the punch. The Rivian R1T pickup vehicle is now available for purchase and delivery. Additionally, Ford has begun distributing its F-150 Lightning electric truck, and the company intends to significantly increase delivery volume in the year 2023. 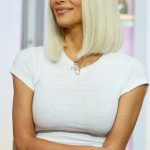