Tencent, led by Pony Ma, a Chinese billionaire is not known as a consumer name globally but its WeChat app dominates in China, where Facebook, Twitter, and Google are banned. The company’s share price rose 2.4 percent on Tuesday in Hong Kong to surpass Facebook and become the world’s fifth-most valuable listed company, disrupting the supremacy of the US tech behemoths.

The Chinese tech giant, Tencent with a net worth of $522 billion surpassed Facebook’s market value of $519 billion. On the other hand, Apple is still at the top with a net worth of around $873 billion. While Google’s parent company Alphabet Inc holds the second position, followed by Microsoft and Amazon.

“Tencent’s high growth, as demonstrated by its quarterly results, has supported the rally in its shares. Since the company has been able to deliver on its earnings, the stock is still worth holding onto despite its current high level.”

Tencent’s WeChat has become an extremely popular app in China and some other countries too. According to an estimate, the monthly active users of the app exceeded 980 million mark last month. Around 38 billion messages are sent through this app daily. Tencent Video and alternate for Youtube, has become the video streaming service with the largest paying subscriber base in China.

With this advancement, the seven-biggest listed firms in the world by market capitalization are now internet or technology companies. China’s growing population has one advantage over all that millions of users are readily active to test its social networks and apps. 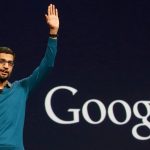 Yes, Google tracked your location even when the settings were off