“After five incredible years at Pring I’m moving on to the next great adventure. I’m joining Convo as Vice-President Engineering.” – Muhammad Nasrullah shared the news a while ago in a post on Facebook

Nasrullah has joined Convo – a Pakistan-based online collaboration tool which help companies collaborate effortlessly. Convo raised 5 million USD in capital investment in late 2013. Nasrullah expressed that Convo is a great product but what makes him more proud of it is the fact that it is founded by Faizan, a fellow GIKI graduate with a team of some of the smartest Pakistanis. Convo has radically re-structured a 50 year old technology – e-mail; which impacts every modern company.

Convo is already used by over 6,000 companies in more than 150 countries, it powers internal collaboration of TechCrunch, The Next Web and a whole host of fast moving companies. As a small company, Convo has out performed and out competed significantly larger players since its launch in 2005 from Islamabad as Scrybe.

Nasrullah added in his FB post “I’m very proud of what this small team of Pakistanis has achieved on a global scale in terms of engineering, raising venture capital and creating a great brand.”

Nasrullah envisions to make Convo the best engineering organisation in the world at the caliber of Google or Facebook and he is excited to be a pivotal part of this journey.

We expect to learn more about Pring in a later update from Nasrullah, so watch this space for further updates in this regard. 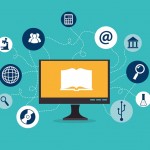 Can You Take Microsoft’s 28 Days of Learning Challenge?