A cyber-criminal fined Rs. 30,000 and jailed for two years for photoshopping and uploading the pictures of girls on internet in Lahore.

This is one of the first ever verdicts over cyber-crimes in Lahore, Pakistan. The offender, Yasir Latif, was proven guilty after various complaints from girls’ parents in the District Court of Lahore.

Pakistan National Assembly passed the controversial Cyber Crime Bill in August this year after making various amendments to Prevention of Electronic Crimes Bill (PECB) 2015. The bill faced severe opposition of many. The first offender of the bill was arrested in KPK for blackmailing women in August, just weeks after the bill was passed.

According to the law, cyber stalking leads to a fine of about 1 million with three years in jail. Cyber stalking includes the intent to coerce or harass a person on internet, person’s attempt to make contact again and again even after the other person has shown clear disinterest and taking and distributing a photograph or video without the consent. If victim is a minor, sentence may increase to 5 years or ten million fine or both. 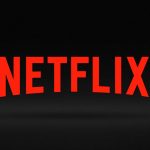