While being famous has its perks, it also has a lot of different drawbacks. ‘Kim Kardashian’, a reality TV star for example, was fined $1.26 million for something as simple as a crypto promotion.

It all started last year when Kim went on to promote a crypto token ‘Ethereum Max’ on her highly followed Instagram. Kim in exchange for popularizing Ethereum Max received $250,000 and her promotion of the cryptocurrency surely made the news.

However, things didn’t end well and Kim got into a lawsuit soon after the promotional video was posted,. The persecutor behind the lawsuit said that Kim’s promotion might have cost millions of dollars in losses for investors. As a reaction to this lawsuit, Kim just yesterday agreed to pay a fine of $1.26 million.

So how are Kim’s $1.26 million fine and the market value of Ethereum Max related? Well, soon after Kim announced to pay the fine, Ethereum Max became international news. Since no publicity is bad publicity, the cryptocurrency gained massive value.

In just 24 hours, the Ethereum Max went from $0.000000004375 to $0.000000009788. Now that’s a significant increase, especially in a time when crypto markets are rattled. This massive price jump only goes to show that influential celebrities can have significant impacts on the markets.

Kim understands this and has now agreed to cooperate with another ongoing investigation, while also agreeing to not do crypto promotion for 3 years. Talking to the media, Kim’s lawyer said that “Kardashian fully cooperated with the SEC from the very beginning. She remains willing to do whatever she can to assist the SEC in this matter. She wanted to get this matter behind her to avoid a protracted dispute. The agreement she reached with the SEC allows her to do that so that she can move forward with her many different business pursuits.” 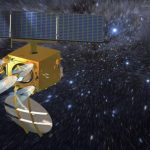