While talking to the media, Dr Yasmin Rashid has informed the public that the Punjab government has approved the decision to provide all families of Punjab with the Sehat Insaaf Card. She added that under the programme, around 29.3 million families will be issued the health insurance cards by the end of December 2021.

Each family will have a benefits package of Rs. 720,000 and seek secondary and tertiary care treatment at public and private hospitals on government panel. The programme will cost the government Rs. 80 billion by the end of this calendar year.

Dr Yasmin also informed that nine new hospitals will be established in the province for the provision of quality services to the public. The Punjab government had decided in November last year to expand the scope of the Sehat Insaaf programme to provide health insurance cars to its citizens. The provincial government had already issued cards to more than 5.1 million in the first phase.

The Prime Minister (PM) had also said in October last year that the Sehat Sahulat programme that was launched in Khyber Pakhtunkhwa (KP) will also be extended to Punjab in the same way. Under the programme, all the citizens will get the best medical facilities. The PM believes that health is a basic right of all of the citizens of the country, especially the poor segment of the society, and that is why the programme is being expanded to cover both provinces. 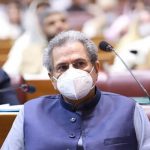