TechJuice > Technology > Everyone will get Gmail’s new layout next month

Everyone will get Gmail’s new layout next month 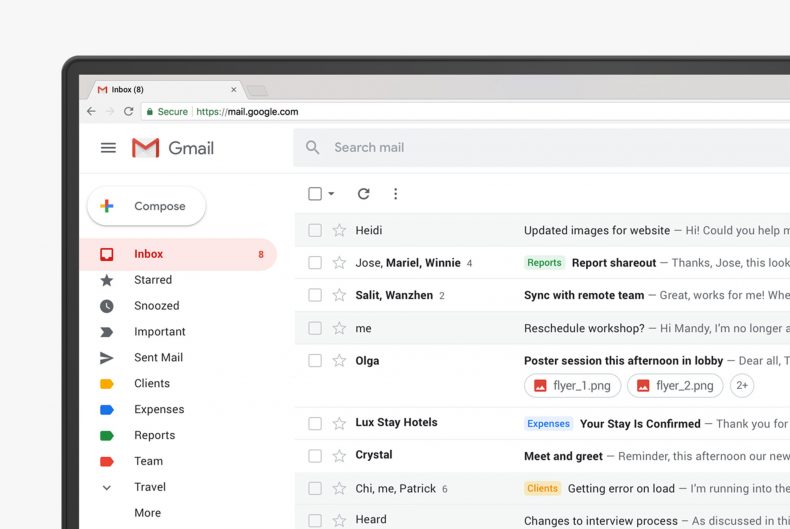 Google plans to release new layout of Gmail by the beginning of July 2018. The new Gmail design tends to be much more convenient and eye-catching and will be accessible to all the users. However, it is not entirely necessary for all Gmail users to use the feature. Anyone can easily opt out if it doesn’t suit their preferences.

With many features included in it, the new Gmail can be organized and customized to one’s preferences. For instance, the attachments are shown along with the email so you won’t have to open the email to see the images, files etc. But there are many options to prioritize the view you like better. Shortcuts such as archive, delete or mark as unread, can be now accessed without opening the email.

The new feature ‘snooze’ adds to the creativity of Google. It helps you renotify a specific email of your choice that you want to open later.

The security feature in new Gmail layout is updated which prevents viruses and other harmful factors and flags red the nonofficial or suspicious email. Two-factor authentication is an additional feature to this amazing update, in which the user has to verify himself before he can even access the email.

One of the best updates in the new Gmail is that emails can be unsent if sent mistakenly or if an error has been made. Timer or self-destructing emails have been introduced that enables emails to disappear after a selected time period, known as the “Confidential Mode”.

The new update has been made available to a few users which they can select in the settings option. If not, hang in there. It will be made globally available to everyone by next month hopefully.