In recent news, Facebook disclosed that a group of Chinese hackers used their social media platform in order to target the Uyghur community. The company highlighted that the group is known as Earth Empusa or Evil Eye targeted almost 500 individuals.

These individuals were mostly activists, journalists, and dissidents who were living abroad in countries such as the likes of the US, Australia, and Canada. The hackers created fake Facebook accounts and acted as members of the Uyghur community and tricked them into clicking on malicious sites. This also included Android applications that distributed software with malware hidden in the code.

Facebook had linked these applications to one or two Chinese developers. The company stated the following in regards to this:
“This activity had the hallmarks of a well-resourced and persistent operation while obfuscating who’s behind it”.

Apart from just the applications, the Chinese hackers had been using the Facebook platform to share malware with other users directly in the form of sites or helpful links. The company said that it had shared its findings with other companies so that they too can detect their activities and stop them.

The Uyghur community, which is primarily a Muslim Turkic minority ethnic group, has been persecuted in China for years. It seems that cyber-attacks are becoming the new forms of persecuting the Uyghur community as these hacker groups roll out more malicious sites and applications. 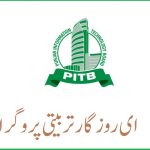