Facebook is the biggest social media platform of the world, with over 1 billion users. Despite this, there have been a number of incidents that have seriously hampered Facebook’s brand image in recent times. As an example, when it acquired WhatsApp, it mimicked Snapchat’s “Stories” feature, which was met with a lot of criticism from consumers.

Furthermore, one of the biggest downfalls of Facebook in recent times have been caused by their advertising policies. The recent Cambridge Analytica scandal, which revolved around the provision of user data to third-parties for advertisements ended up in Facebook’s CEO being subjected to a series of hearings with the US Congress and the EU Parliament along with the introduction of GDPR in Europe.

Facebook has apparently decided to continue making changes to its advertising policies with its plan to introduce video ads in Messenger that play automatically. According to Facebook, these ads are meant to “capture your attention while you scroll messages”. Initially, the ads will only roll out to a small group of people. Historically, video ads that play automatically have proven quite helpful for the social media outlet in the realm of advertising. Quoting internal statistics, Facebook has said that “Messenger and WhatsApp are the most widely used messaging apps worldwide in terms of active users.”

Further on, Facebook said that “80% of adults message daily in a survey conducted in 8 markets around the world”. This in itself is more than enough for Facebook to justify the introduction of automatic video ads in Messenger. This is undoubtedly a huge market that has been left untapped in previous times and touching it is likely to reap huge fruits for advertisers and indefinitely, for Facebook.

It’s important to note that Facebook has greatly controlled the nature of data that it shares with third-parties following the Cambridge Analytica scandal. Facebook now gives the option to users to choose the nature of advertisements they want to see. However, they cannot get rid of them (the ads) as a whole. Speaking to media outlets, a Facebook spokeswoman said that “People that use Messenger each month are our top priority and they will remain in control of their experience. We will be rolling out video ads gradually and thoughtfully”. 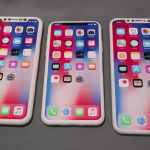 No, Apple, a “cheaper” iPhone X won’t do you good