Social media giant Facebook has announced that the company is updating its ranking algorithm with the help of AI (Artificial Intelligence) so that it keeps its users away from low-quality websites, part of an effort and to fight spam and misinformation.

“With this update, we reviewed hundreds of thousands of web pages linked to/from Facebook to identify those that contain little substantive content and have a large number of disruptive, shocking or malicious ads,” a Facebook post said.

Moreover, Facebook is also planning to aggressively filter out so-called click-bait websites, which are trying to mislead users by using inappropriate and misleading posts.

The downgrade of these kinds of websites is in motion. Facebook said “It wanted to downplay links that people post to websites that have a disproportionate volume of ads relative to content, or that have deceptive or sexually suggestive ads along the lines of “5 Tips to be Amazing in Bed” or “1 Crazy Tip to Lose Weight Overnight!”

The users of Facebook feel annoyed by such links/websites and had always criticized Facebook for not taking any action against such sites. Andrew Bosworth, Facebook’s Vice President of ads and business platform, said in an interview, “People don’t want to see this (click bait and misleading) stuff,” he said. “We’re just trying to figure out how to find it and rank it further down News Feed when possible.”

Facebook usually use algorithms to check what posts people see from friends and family so that it can refine algorithm to filter out spam and malicious content. 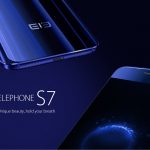