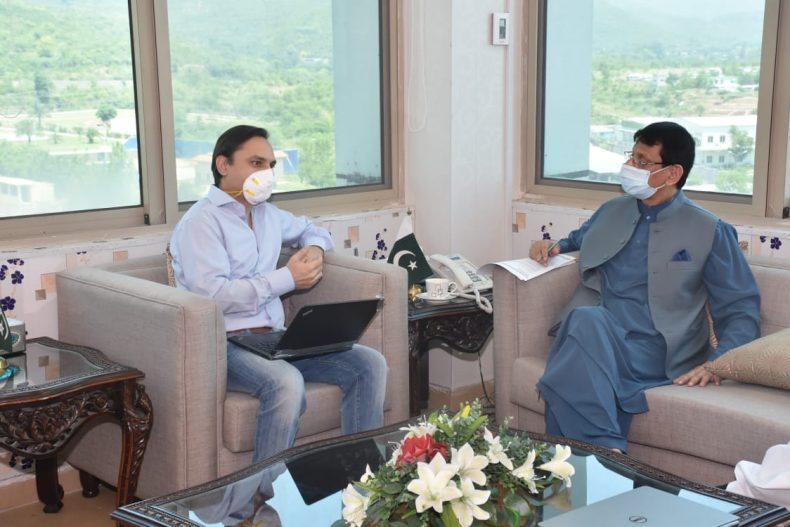 Federal Minister for IT & Telecom, Syed Amin Ul Haque met with representatives from Bykea and Tech Valley to address the ongoing pains of a continued suspension of pillion riding services.

Muneeb Maayr, Founder & CEO at Bykea briefed the Minister about Bykea being one of the only apps in Urdu that Pakistan’s middle class used for affordable transport. He stated that motorbike riders wore helmets that served as health visors and in the open air with gloves and face masks, pillion riding was a lot safer than travelling in buses, rickshaws and breathing recirculated air in cars.

Umar Farooq, Founder & CEO at Tech Valley also briefed the Minister that the official suspension of pillion riding services was hampering investor confidence into investing in Pakistan, particularly given that Bykea’s incoming investment of $13 million was on hold due investor paranoia on investing in a category the government of Pakistan continued to suspend.

Usman Chaudhary, VP from Bykea also stated that the official ban on pillion riding was impacting the livelihoods of tens of thousands of people looking for affordable ways to contribute to the economic uplift in Pakistan.

The Federal Minister appreciated the efforts of Bykea in helping grow and support the use of technology for the common man in Pakistan and said it would do its utmost to facilitate technology companies to work for the people of Pakistan and encourage foreign investment in the country.