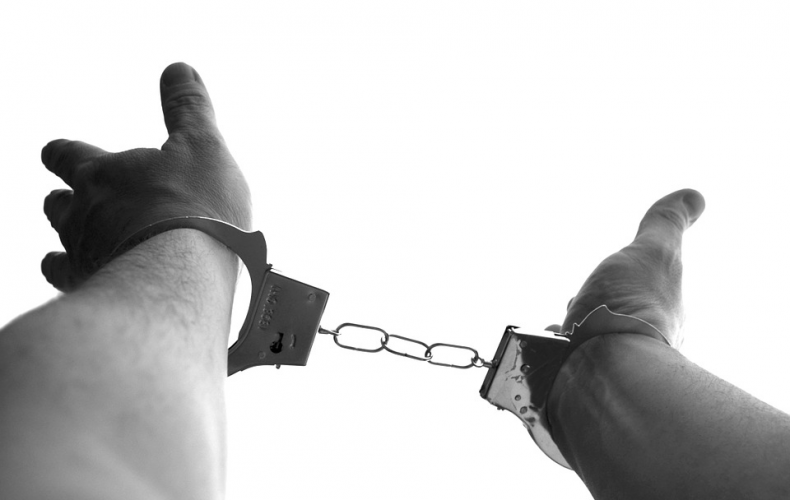 “Saqiscity”, a Pakistani ecommerce store, has been recently causing a stir on social media where a lot of disgruntled users have taken to complaining about the web store’s fraudulent techniques. The website is no longer active and went out of business months ago but pending refunds and failed orders haven’t yet satisfied the anger of its customers. Finally though, it seems like justice has been served in a double-pronged attack on the website as well it’s owner.

The FIA has now reportedly arrested the owner of Saqiscity.com while the store’s website itself seems to have been compromised by a hacker. Here is the message that pops up when you try to access the site, 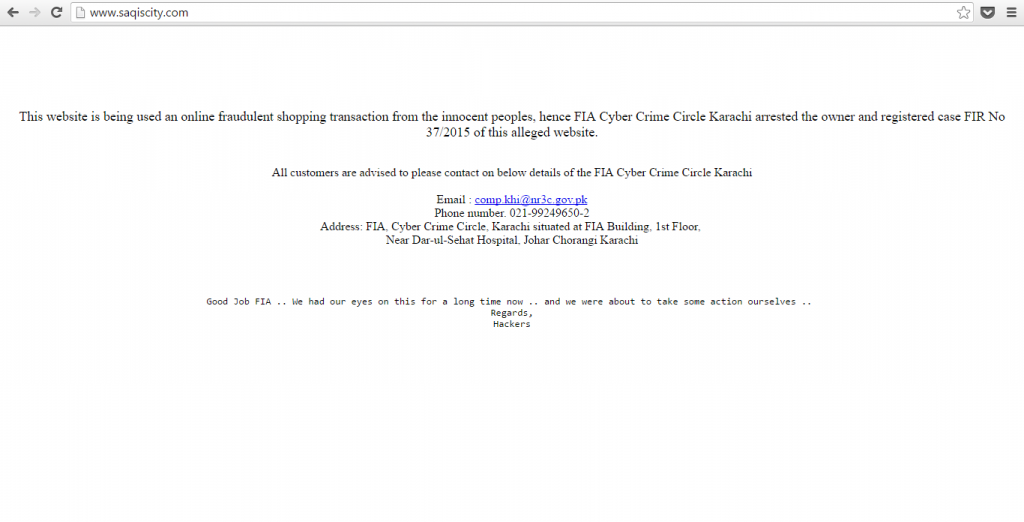 In recent years, FIA seems to have been getting a lot more active. There are still a lot of fraudulent websites out there and at the current pace, it will still take a lot of time to make the web a safer place but this is a step in the right direction. You can also register your own complaint about cyber crimes like these by emailing at “helpdesk@nr3c.gov.pk” and addressing it to “Director Cyber Crimes, FIA Headquarters, Islamabad”.

previous
Pakistan attracts the highest rate of malware attacks in the world: Microsoft Report
random
next
Sindh universities are being labeled as a hub of corruption
Trending Posts