Goalline technology will be used at a World Cup for the first time in Brazil with its backers insisting it is 100% accurate and cannot be hacked.

It will come as welcome news to the likes of Frank Lampard who famously had a goal ruled out in England’s second round match against Germany in South Africa in 2010 despite the ball clearly crossing the line.

According to FIFA, this closed-loop system includes seven incredibly high-speed cameras (that snap 500 shots per second) positioned around both goals, at each of Brazil’s 12 World Cup stadiums. These cameras can measure the position of the ball every two milliseconds according to the GoalControl, the German company that makes it. “When the ball passes the goal line, all referees receive in less than 1 second a vibration- and optical signal at their watches,” the company explains.

FIFA tested out smartwatch GoalControl last year at the Confederations Cup, the World Cup dress rehearsal in Brazil, where it accurately detected each goal. If the ball does not cross the line then the game will simply continue.

FIFA has historically resisted goal-line detection systems, which use cameras and sensors to determine when a goal is good or not. But it’s reconsidered its stance in the years since the last World Cup, where a referee wrongly disallowed a goal made by England’s Frank Lampard in a game against Germany, which England ended up losing. The uproar over the bad call apparently made FIFA reconsider—and it’s been testing GoalControl’s 4D detection system in the years since.

Of course, the final call will still lay with the referee, regardless of what their smartwatch says. It’s easy to imagine how career refs could even feel resentful of being replaced by what amounts to a very sophisticated CCTV system—I wonder if that, in and of itself, could affect the way calls are made this year.

Are you following the World Cup this summer? Which team(s) are you rooting for? If you’d like to read more about technology and apps related to the FIFA World Cup 2014 drop us a comment below! 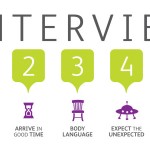 10 Mistakes that will most likely Mess up a Job Interview