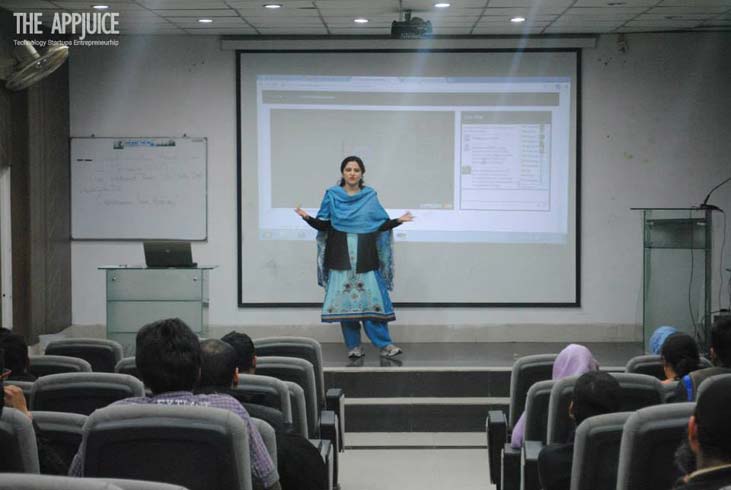 On Wednesday, 29th January, Women’s Digital League organized a live webcast straight from GIST Headquarters in Washington DC. GIST, short for Global Innovation through Science and Technology is a partnership led by US Department of State connecting almost 54 Countries. GIST aims to encourage promising entrepreneurs as well as provide them with valuable mentorship and funding programs to help them sustain and grow their businesses.

The live webcast is a part of interactive video sessions organized under GIST Tech Connect. The topic of discussion for the evening was Crowdfunding a Startup Venture and many keen learners and potential entrepreneurs gathered at Al- Khawarizmi Institute of Computer Science (KICS) UET to listen to it. Maria Umar, the founder of WDL started off the event by explaining the motive behind the webcast. She shed light on sources of funding available and what channels are a good idea for entrepreneurs to seek funds from.

The speakers of the webcast included Jason Best, Co-Founder, Crowdfund Capital Advisors; Luan Cox, Co-Founder and CEO, Crowdnetic; Amr Saleh, Co-Founder and CEO, Integreight and Karen Kerrigan, President and CEO, Small Business & Entrepreneurship Council. They engaged in interactive question and answer session which allowed the listeners to grasp the main idea behind crowdfunding and how entrepreneurs can put it to use. Later, they also took in questions through chat from the audience viewing the event worldwide.

Crowdfunding refers to an arrangement where people pool their money to support a venture. The money can come from close relatives or can be raised through internet using popular sites like Kickstarter and Indiegogo. It is a good alternative to Angel Investment and VC fund. The types of Crowdfunding include Reward based, debt based and equity based funding. The panelists discussed the details and gave valuable tips to the audience about how they should pitch their startups for funding. They advised the listeners to answer potential questions satisfactorily; using social media for maximum engagement and adding video components were the main ideas proposed.
The speakers also stressed on the importance of being honest and not exaggerating the potential of the startup. Crowdfunding has led many startups to success. One of the speakers, Amr Saleh got almost 8 times the funding that he required for his startup.  Another Speaker, Karen also explained how crowdfunding can be a game changer for women giving the example of Maria Umar who has achieved so much in so little time.

The event provided an excellent opportunity for the attendees to get the right information from those experienced in the field. 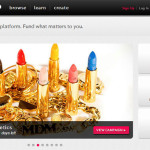 5 Web Design Resources to Get You Started