An artist named Alexander Reben, based in the US has recently presented a demo of firing a CO2-powered pellet gun by Google Assitant. The 30-second video of this magical demo gives us the glimpse of what we may see in the future when autonomous weapons would actually kill humans.

Though the hack performed by the artist is unofficial yet it is no less mesmerizing or some would say terrifying than what Google presented in its Google Assistant’s new Duplex feature — machine mimicking human voice patterns and slangs.

In the video posted by the artist, he gave a command to the Google Home device by saying “OK Google, activate gun” and surprisingly, without waiting for the next command, Google Assistant says “OK, turning on the gun”. Hence, the pellet gun fired and hit an Apple placed in front of it. The whole scenario looks a bit confusing and nothing can be said with certainty until Google responds on the matter. Watch the video shared below.

Reben told Engadget that he used a CO2-powered pellet gun, a Google Home smart speaker, and a TP-Link smart outlet to perform this act but he also claims that this job can be easily performed by using any other smart speakers like Amazon Alexa. As he belives;

“Part of the message for me includes the unintended consequences of technology and the futility of considering every use case. My hacked-together piece could have triggered a back massaging chair or an ice cream maker.”

This is just a glance of what Google’s AI can accomplish. The upcoming Google Duplex technology is here to transform the world we are living in, only if the AI demo Google presented was real. By far, Google claims that it can do many hectic tasks for you like managing your appointments and booking reservations meaning that it will take control of even your daily life matters in the future. 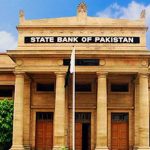