TechJuice > News > Google Chrome was the most used browser in 2016

Google Chrome was the most used browser in 2016 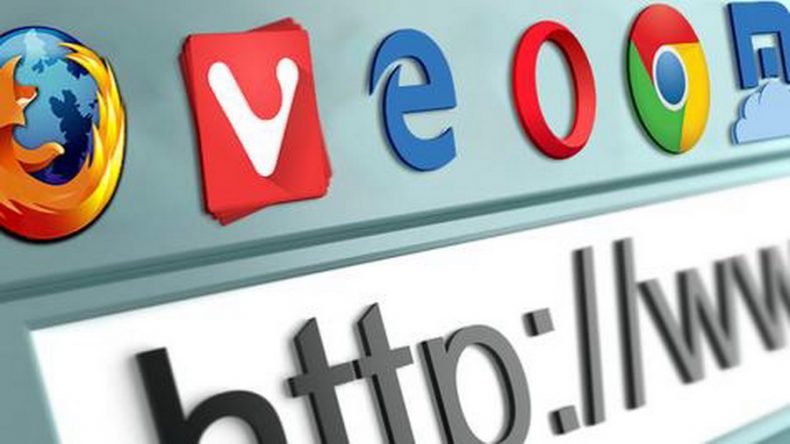 Google Chrome browser emerged as a clear winner in 2016, leading the charts with 56.43% at the end of December.

According to Net Market Share statistics, Chrome started the year with about 36% usage statistics and steadily surged to 56% by the end of 2016. 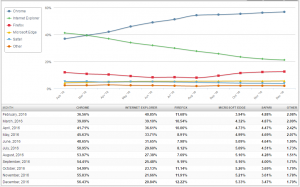 Firefox, Microsoft Edge and Safari ended the year with usage statistics of about 12%, 5% and 3% respectively. The gaming-friendly Edge browser showed a steady growth during 2016. It is faster, more secure and boasts much better support than others but being available for only Window 10 users has limited its audience and hence the usage.

Firefox performance and hence usage kept oscillating during 2016. Firefox has a long way to go to compete with rivals. Opera’s market share throughout the year hovered at just over 1 percent.

Among all, Edge looks promising but it still has a long way to go as Chrome is currently offering best features, security and reliability.

Net Applications is a US-based web analytics firm which provides information about global market share statistics. NetMarketShare is a part of this company which provides statistics and insights for the market share of mobiles, operating systems, search engines, social media and browsers.

previous
Mobilink and Warid have rebranded as “Jazz”, Warid customers will have to get their SIMs replaced
random
next
Remains of Yahoo to be rebranded as “Altaba” after Verizon purchases the core company
Trending Posts